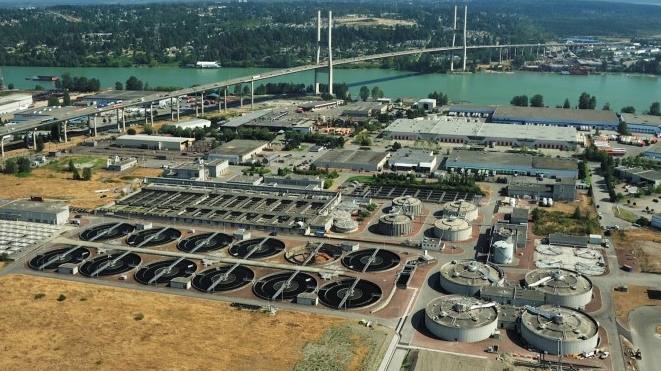 Plans to build Metro Vancouver’s first-ever biosolids dryer are underway, but project costs have increased by 70 per cent since it was first proposed in 2019.

On Oct. 29, the Metro Vancouver authority passed its spending budget for the coming year, making way for new projects, including a new facility that will transform sewage sludge into tiny, dry pellets.

“It's a proven technology that's in use throughout North America. But for us, it's a new addition,” said Lilian Zaremba, a program manager for Metro Vancouver’s liquid waste services.

The newly passed budget will also mean an increase in cost for households. In 2022, residents will contribute an annual average of $595 per household for all regional services, a $21 increase from 2021. The majority of the authority’s money comes from utility fees.

“(This is) a $21 increase over the prior year, but $17 less than what was previously projected,” reads a news release about the 2022 budget.

The biosolid drying facility, with construction set to begin 2024, will allow the Metro Vancouver authority to recover nutrients from wastewater (which contains poop and urine) and deal with a steady increase in sewage water as the population grows.

It’s tempting to refer to the project as a “poop dryer,” but Zaremba cautions against such oversimplification.

In Metro Vancouver, wastewater from toilets and sinks is processed at sewage plants with heat and microbes to destroy bad bacteria and reduce stinky smells. The liquid gets separated out, Zaremba explains, leaving behind a thick, grainy sludge called biosolids.

“Biosolids are like earth or soil that you pick up with your hands,” she said. Currently, this stuff is used in soil for landscaping or restoring land. But, according to Metro Vancouver, the region’s production of biosolids will soon outpace its need, resulting in an excess of biosolids.

Adding a dryer into the mix of options will help deal with the excess of biosolids. The dryer will transform the grainy, moist material into pellets that can be used as a low-carbon fuel in cement plants or mixed with other ingredients to become a fertilizer.

“Cement kilns can use these dried biosolids pellets as an alternative fuel and that reduces greenhouse gas emissions,” Zaremba said.

The biosolids dryer will likely be built adjacent to the sewage treatment plants on Annacis Island or in northwest Langley, Zaremba said. And, the machines will turn that sludge into dry pellets.

These little pellets look “like instant coffee,” she said.

The initial estimate for the project when it was proposed in 2019 was $197 million, but the latest projected cost is $337.7 million, a rise due in part to a project delay and an addition.

“We added some scope to treat the condensate, which is the liquid that comes out of the dryer … We need to treat that liquid before putting it in the treatment plant,” she said.

“Then there's escalation in construction costs,” she said. “During COVID, looking at ... the fiscal constraints in the region, we were looking at smoothing out the budget to reduce the household impact.”

“So this project was seen as something that could wait a couple years,” she said.

Making sure that the project doesn’t produce awful smells is a top priority in the design, Zaremba said.

“It won't increase the odours that anyone passing by our treatment plants already (notices),” she said.

“I know that's a concern for people when they hear the word ‘biosolids dryer,’ but it will be designed with very stringent odour controls.”

“We do have already low odours around our treatment plants and so it won’t increase the odours that are noticed in the treatment plant,” Zaremba said.

Nov. 7: This story has been updated from a previous version to correct its start date.