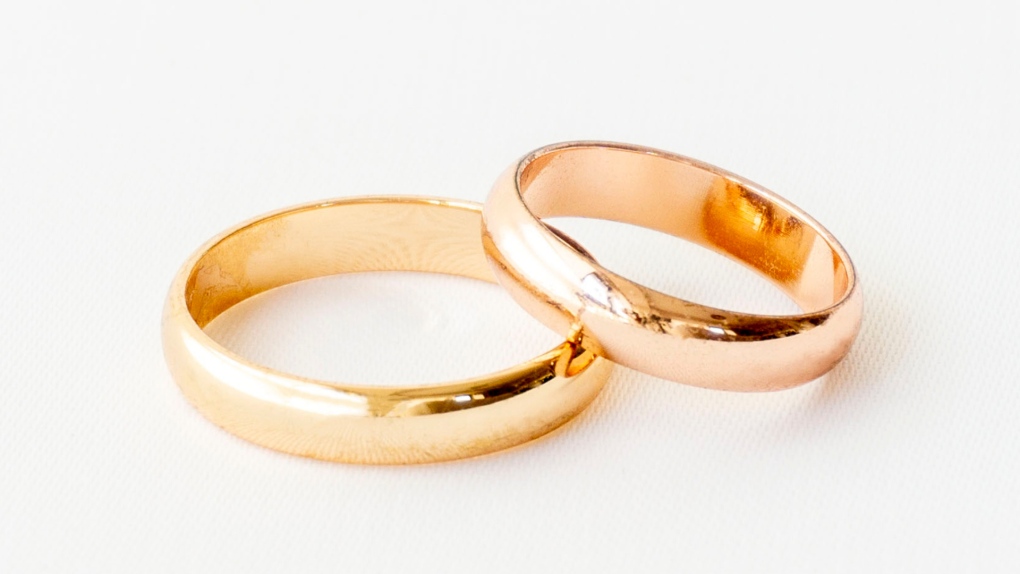 Two wedding rings are seen in a Shutterstock image.

Gina Elizabeth Zant told Kamloops Supreme Court she was shocked to learn earlier this year that her marriage to Warren Thomas Zant had been nullified, along with her legal interest in his pension.

The couple married in the Cook Islands in 1999, but had been separated since 2016 under an agreement that entitled Gina Zant to continue receiving full dependant coverage under her ex’s benefits.

The terms of the annulment, which changed the pension beneficiary to one Maryna Du Plessis Baylis, were decided at a court hearing last fall that was attended remotely by someone presenting as Gina Zant – which was also news to the actual Gina Zant.

"I am unable to determine, on the basis of the evidence before me, who actually appeared at the application," Justice Dennis Hori wrote in a Nov. 18 decision.

"However, I am satisfied that whoever attended by telephone on that date was an imposter."

Ahead of the annulment hearing last year, the court had also received a statement purporting to be from Gina Zant declaring that their 1999 marriage was "not legally binding" because she was still married to her previous husband at the time.

"I took the decision not to tell Warren," the statement read. "The claimant never asked for my divorce documents and believed everything I told him."

Hori found that was simply not the case. Gina Zant was able to produce a copy of her divorce certificate, which was issued by B.C. Supreme Court months before the Zants tied the knot.

An email Warren Zant presented in his annulment application claiming to be from Cook Island officials stating their marriage had been deemed "null and void" as of January 2000 was likely fake as well, Hori said.

Overall, the judge found there was ample reason to believe the ex-husband and others representing him in court were “not credible."

"My impression is that Warren Zant and his representatives make allegations that suit their purposes at that time without regard to the validity of those allegations," Hori wrote.

The judge questioned a claim that the ex-husband has been "legally incompetent" since 2012 – noting that would have made him unable to bring forward his annulment application personally – and rejected an argument that he should be entitled to damages for injury to his health and mental well-being, before setting aside the annulment he had granted last November.

"I am satisfied that where an imposter appears at an application representing themselves as a party, without the consent of the actual party, there is sufficient grounds to set aside the orders made at the application," Hori wrote.

CTV News contacted Warren Zant on Facebook and received a message from someone identifying themselves as Maryna Du Plessis Baylis, who said Zant could not comment on the judgment because he is "unable to comprehend things."

The message instead directed questions to representatives of Zant's, who reiterated the claims made in court and said they would continue their arguments at a hearing in January.