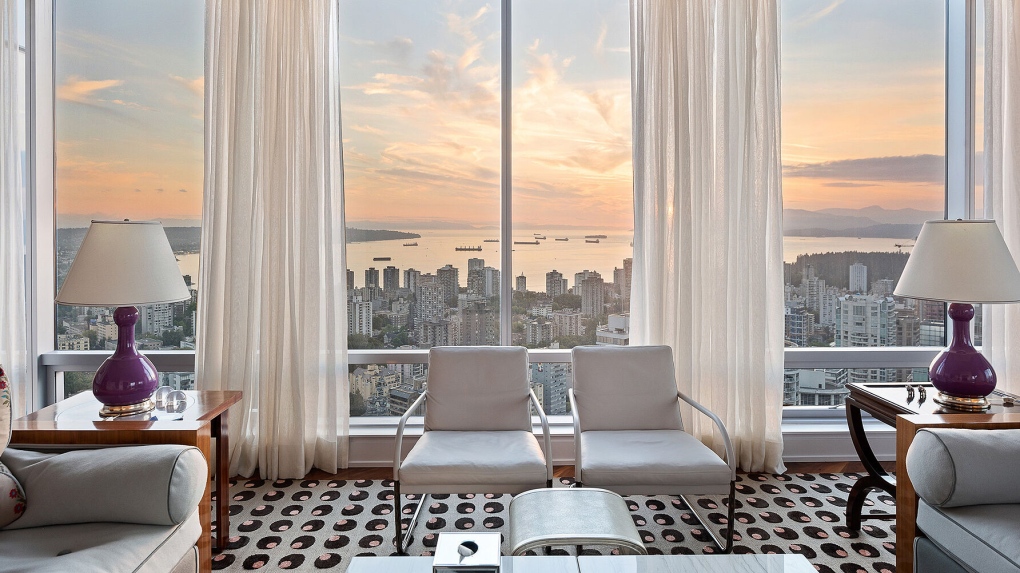 A photo from a listing posted by Sotheby's International Realty shows a condo on West Georgia Street listed at $7,398,000.

A plan that could have seen owners of luxury real estate paying more on their property taxes was shut down by Vancouver city council this week.

A "mansion tax" motion pitched by Coun. Jean Swanson was before her colleagues Wednesday, but was rejected after some discussion during the meeting.

The motion would not have directly led to the implementation of a progressive tax. Swanson proposed that council direct the mayor to ask the province about it.

If her motion had been approved on the municipal level, it would then go to Victoria for provincial consideration. The province would then decide whether to give the City of Vancouver the ability to levy a progressive tax through its charter.

Eight councillors were opposed, and two were in favour of the first part of the motion.

A second section, that council direct staff to investigate options for legal and financial structure of a progressive property tax and report back, also failed to pass, though the vote was 5-5.

Under the current property tax system, the city can only charge one rate, meaning owners pay the same rate whether they live in a studio apartment or an oceanfront mansion.

The dollar amount varies, of course, but Swanson suggested the percentage should too.

She said her theory is similar to that in place with income taxes, where different brackets pay different rates each year.

Exactly how much more those with higher-value properties would pay would have to be determined, but she suggested an extra one per cent on properties with over $5 million, and two per cent on those worth $10 million or more, would bring in millions of dollars for the city. That money would then go towards programs that fight homelessness, such as modular housing, and other initiatives related to issues in the city.

Swanson said ahead of the meeting that she thought her motion had a chance of passing at the municipal level, but that getting the province on board would be a bigger challenge.

"But the first step in getting anything done is to ask for what you really need, and what cities need is the ability to tax progressively," she said in an interview with CTV News last week.