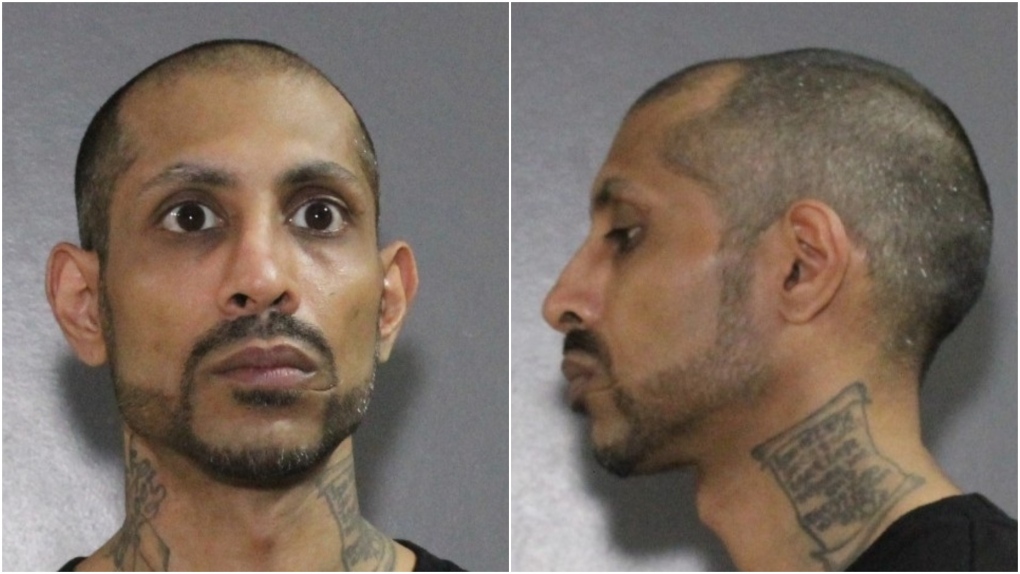 A man who was released by the courts back in May has been missing ever since, police in Surrey, B.C., say.

In a news release Thursday, Mounties said they're still looking for Amardip Singh Rai, who failed to show up for a court date after his release.

Rai is facing 17 charges, and was arrested in April of last year. It appears he was in custody for about a week before being released on conditions that were not disclosed by the RCMP.

A warrant was issued for his arrest when the 42-year-old failed to show up in court about three weeks later, but he's continued to evade police since that time. He's been able to avoid capture since May 26.

Officers issued an advisory this week asking for help from the public to find him.

Rai is described as South Asian and about 5'11" with a slim build, brown eyes and black hair. He often has facial hair, the RCMP said, and has tattoos of roses on his hands.

He also has tattoos on his neck – a "scroll with words" and a cancer ribbon – and a tattoo of a tiger on his chest.

Anyone who sees Rai is told not to approach him. Instead, they should call police immediately, as should anyone with information about him.

Police said they believe there are people in the community who know where he is, and that's what prompted them to go to the public more than eight months after his release.

The charges against Rai include sexual assault, confining a person without lawful authority and administering a "noxious thing" with the intent to endanger life or cause bodily harm.

He is also charged with two counts of assault with a weapon, three counts of possession of a controlled substance and nine firearms-related charges.

The charges, which have not been proven in court, date back to a 2019 investigation.