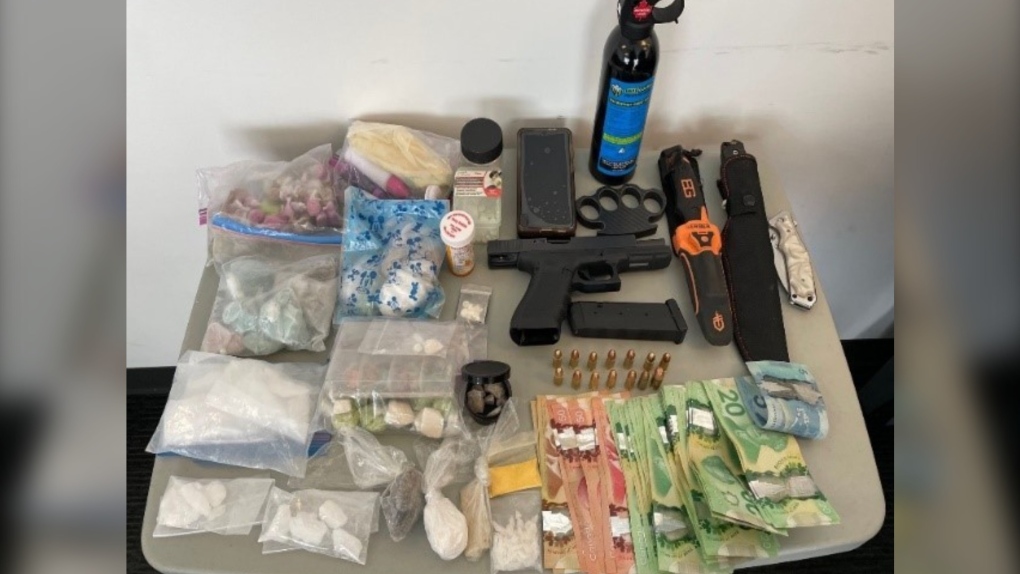 Mounties in Surrey say a man fled from officers during a traffic stop late last month. When they caught up with him the following day, he was carrying a handgun, four kinds of drugs and more than $1,400 in cash. (Surrey RCMP)

Mounties in Surrey say a man fled from officers during a traffic stop late last month. When they caught up with him the following day, he was carrying a handgun, four kinds of drugs and more than $1,400 in cash.

Police arrested the man on April 27 on 61 Avenue near 131 Street, according to a news release from Surrey RCMP.

Mounties said their investigation is ongoing and charges have not yet been laid, "as further analysis is required on the drugs and firearm."

The suspect remains in custody, however, for breaching a conditional sentence order related to previous charges, police said, adding that the man was the target of a shooting earlier this year.

"There is a nexus between gun violence and the drug trade, which is why the Surrey RCMP continues to proactively target individuals who engage in crime," said Const. Gurvinder Ghag, media relations officer for Surrey RCMP, in the release.

"This individual has already been shot at due to his involvement in criminal activity, yet continues to put himself and others in the community at risk."