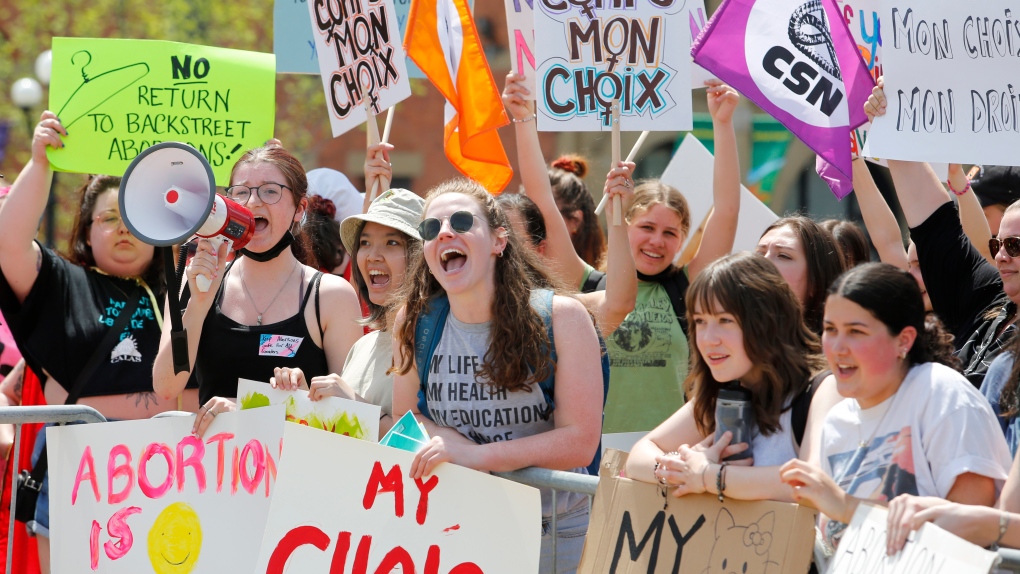 People protest against the March for Life on Parliament Hill in Ottawa on Thursday, May 12, 2022. THE CANADIAN PRESS/ Patrick Doyle

Decades after abortion was decriminalized in Canada, a new survey suggests the majority of citizens think it’s time to codify access in law.

In the final installment of a three-part series exploring the politics of abortion in Canada, the non-profit Angus Reid Institute found 57 per cent of people polled would like to see legislation to protect access to abortion services.

Support for a law enshrining abortion rights grows to 60 per cent in B.C., although the study found seven per cent of people in the province want to see abortion legally restricted. The remaining one-third of British Columbians don’t see legislation as necessary.

Instead of implementing new legislation, some abortion rights advocates argue governments should use the tools they already have to improve access to reproductive health services.

"National reproductive rights groups in Canada do not support a law to enshrine abortion rights, as we believe this could politicize the issue even more, and subject the right to ongoing interference in the future," said Joyce Arthur, executive director of Abortion Rights Coaltion of Canada said.

More funding, not less is needed for provinces to expand sexual and reproductive health-care services, including abortion, says Arthur.

“Provincial governments should ensure access in every region so people don’t have to travel, and license midwives to provide medical abortion,” said Arthur, adding that medical schools need to provide more training and opportunities for future abortion providers.

In the first part of the three-part series, Angus Reid found nearly three-in-10 Canadian women experience an unplanned or unwanted pregnancy in their lifetime. For those that had an abortion, 16 per cent say it was difficult or impossible to access.

A 2016 report from the UN Human Rights Commissioner highlighted concerns about disparities in access to abortion services and affordable contraceptives in Canada.

The committee recommended Canada ensure access to legal abortion and affordable contraceptives in all provinces and territories, with an emphasis on helping women and girls in poverty or remote areas.

“Ensure that the invocation of conscientious objection by physicians does not impede women’s access to legal abortion services,” is another recommendation in the report.

While access problems still exist in Canada, Arthur appreciates the progress that’s been made in the past few decades.

“We’ve come a long way with many victories achieved. Dozens of clinics now provide abortion that didn’t exist in 1988, abortion is fully funded almost everywhere, we have the abortion pill, and we’ve successfully fought back every attempt to restrict abortion in law,” Arthur said.