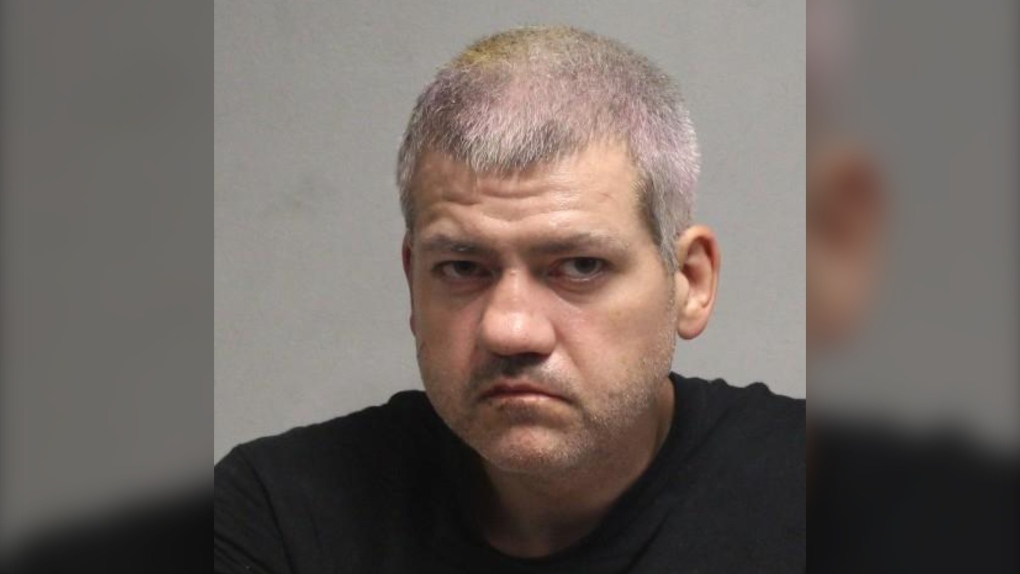 Kenneth Stephen Solowan, 37, is wanted on a B.C.-wide warrant after allegedly breaching his release conditions. (Handout)

A suspect in a disturbing machete attack in Vancouver's Downtown Eastside disappeared "immediately" after being granted bail, according to police.

Kenneth Stephen Solowan was arrested in early August and remained in custody until being released into residential treatment facility in Surrey last week.

On Friday, the Vancouver Police Department announced Solowan has slipped off authorities' radar, and that a province-wide warrant has been issued for his arrest.

"He was recently granted bail and immediately breached his conditions," the VPD said in a news release. "Solowan's whereabouts are unknown, but in the past he has been known to spend time in Chinatown and the Downtown Eastside."

The 37-year-old is accused of attacking two strangers who were loading luggage into a taxi outside the Hotel Empress, a single-room occupancy hotel near Main and Hastings streets, on June 19.

He is facing two counts of aggravated assault in connection with the incident.

Solowan is described as 5'9" tall and 180 lbs., with grey hair and brown eyes. Authorities asked anyone who sees the suspect to call 911 immediately, but urged the public not to approach him.

A Virginia sheriff's deputy posed as a 17-year-old boy online and asked a teenage California girl for nude photos before he drove across the country and killed her mother and grandparents and set fire to their home, authorities said Wednesday.