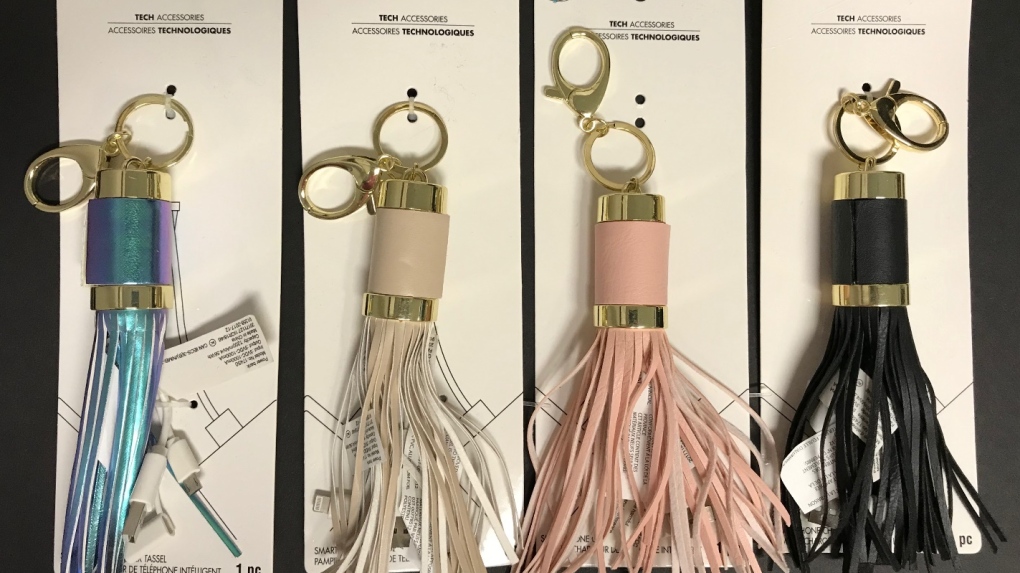 VANCOUVER - A tassel keychain mobile charger has been recalled by Health Canada over concerns it could overheat and catch fire.

The recall notice states that the Bead Landing Tassel Keychain Mobile Power Banks, sold by craft store Michaels, contain a lithium ion battery which has the potential to overheat and catch fire.

The keychains are used to charge smart phones and other electronic devices. They come with USB and micro USB charging cables as well as lightning adapters for the micro USB cable.

Michaels has received two reports of the keychains overheating and catching fire, one in Canada and one in the U.S., but no one was injured in either incident.

Health Canada warns that people should stop using the product immediately and return it to Michaels for a refund.