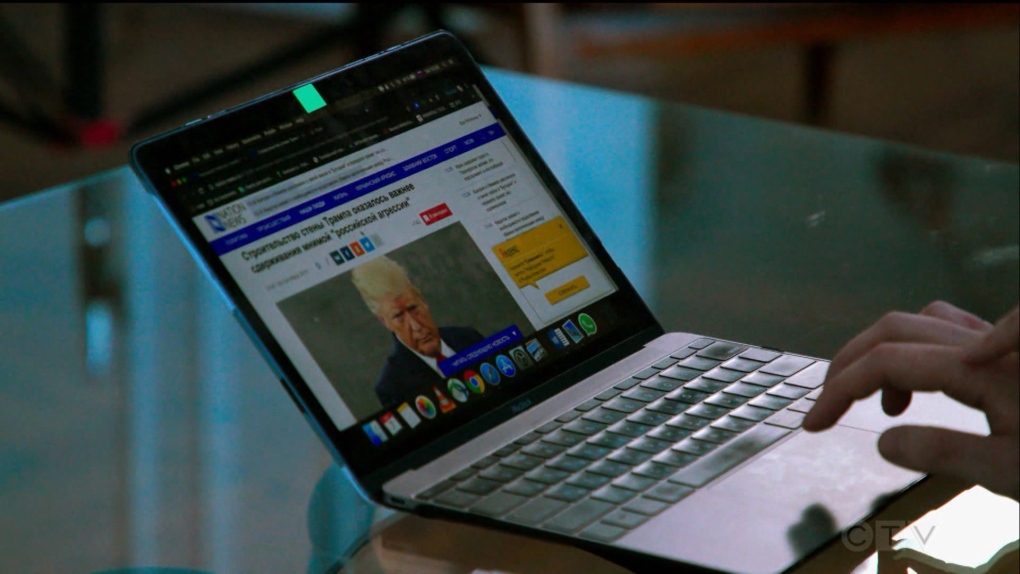 Analysis from Twitter, Facebook and academics suggests that malicious, manufactured and “fake news” content is not as widespread as in previous years, largely due to efforts to zero in on and remove that kind of material as quickly as possible.

VANCOUVER - The upcoming Canadian election is the first test for new laws and social media policies, and while online activity suggests they’re being effective in curbing disinformation, experts are already warning that those seeking to manipulate the election or create chaos among voters have moved on to new tactics.

Analysis from Twitter, Facebook and academics suggests that malicious, manufactured and “fake news” content is not as widespread as in previous years, largely due to efforts to zero in on and remove that kind of material as quickly as possible.

SFU public communication professor Ahmed Al-Rawi is one of many academics across the country scrutinizing online activity for signs of foreign or domestic interference; he hasn’t found any.

"I've downloaded over a million tweets and analyzed the ‘canpoli’ hashtag and I could not find any large activity of bots (automated re-tweeting accounts),” said Al-Rawi, who is continuing to assess those tweets throughout the campaign.

He believes it’s a combination of public awareness and reluctance to share questionable content that is keeping it from growing, in addition to the work of social media companies clamping down.

Al-Rawi’s research backs up assessments from Twitter, which has invested in anti-bot and anti-manipulation techniques. The company says the kind of activity seen in the United States' 2016 presidential election is non-existent in Canada’s elections at this point.

When asked about the comparatively small volume of misleading memes and lack of widespread “fake news stories” on Facebook in recent months, the company’s Canadian head of public policy said dozen of employees have been tasked with rooting out bad actors and removing questionable content.

"We are proactively trying to detect things like fake accounts, to identify people who may be creating inauthentic pages and inauthentic behaviour if we can find it ourselves or are flagged to us by users or elections authorities, then we will move swiftly to remove those things from the platform,” said Kevin Chan, noting that Facebook had removed more than two billion fake accounts in the first quarter of this year alone.

Vancouver-based cyber security expert Vaclav Vincalek says while the social media companies’ crackdown and public awareness could leading to the eery lack of interference this time around, it’s much more likely the foreign — and even domestic manipulators — have found others ways to influence voters.

"We always are ready to fight the last war, not the new one, and I think the techniques which are coming out, the social media platforms might not be aware yet that they’re get hit,” he said.

The warning is echoed by a former Russian troll, a professional propagandist, who spoke with CTV News’ W5 in St. Petersburg about his work alongside hundreds of other workers tasked with creating fake news, websites and misinformation under the guise of Canadian or American citizens.

“There have been investigations in European media and other foreign media, so those schemes have been exposed,” said Vitaly Bespalov. “Now I think they’re going to develope some other schemes of influencing the audience; it won’t be looking for trolls on Facebook, it’ll be something new.”

Vincalek also pointed out that social media companies now make it much easier to find niche groups to influence, rather than large-scale or “viral” stories.

“It might happen on a more targeted level, which is not the flat carpet-bombing that they spam everybody —they might go only after certain people so that might be the difference and that might be difficult to identify,” said Vincalek.

He suspects that those looking to influence voters in one way or another, can do so with targeted ads or posts within swing ridings — of which there are now many in the Metro Vancouver area. Vincalek also believes it’s very possible with so much scrutiny on the election itself, it’s easier and more effective for trolls or other bad actors to inflame opinions around pipeline politics, for example.

A deep divide on that issue could not only contribute to friction between B.C. and Alberta, but could influence whether or not a pipeline is built, potentially having an effect on oil prices or access to resources.

Earlier this year, Canada’s electronic spy agency, the Communication Security Establishment, warned that it is "highly likely" that there will be interference in Canada’s democratic process. As CTV News reported in April, the agency suspects foreign actors will be “using similar tools that have been implemented in other countries, such as amplifying polarizing political issues, promoting one party over another or discouraging participating in the election altogether.”

In order to counter those efforts, the federal government passed Bill C-76, the Elections Modernization Act, which brought in strict new rules around election advertising, spending and disclosure — particularly for third parties and foreigners.

There’s no shortage of funny memes poking fun at political leaders, their policies and gaffs, but they’re likely not all organic results of our increasingly polarized political culture: undermining political figures and questioning the legitimacy of non-partisan government agencies or news media also weakens our democratic institutions and breeds chaos, which experts warn is the goal.

Vincalek echoes AL-Rawi’s suggestions, and points out how important it is to avoid the “echo chamber” effect, where people only read or consume information they already agree with.

"Try to educate yourself as much as you can, to find different resources and don't read only articles and news which you 100 per cent agree with. Try to read the other views as well and try to think about it,” he said.

"It's difficult to influence well-informed people.”