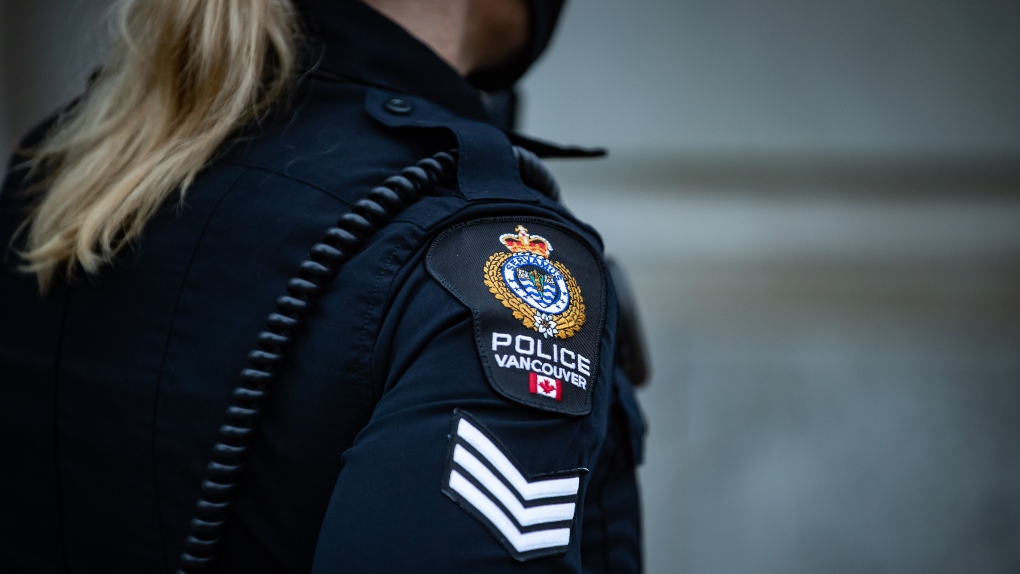 The Vancouver School Board has voted in favour of reinstating a controversial program that places police officers in city schools.

Trustees approved the return of school liaison officers in a close 5-4 vote Monday night, less than 18 months after the previous board ended the program over concerns about its impact on some students.

A third-party report commissioned by the board found students who are Black, Indigenous, disabled, LGBTQ2S+ or low-income were far more likely to report negative experiences with SLOs.

"This decision runs contrast to those things – you know it and I know it," Ready said.

"It will stigmatize and target specific students who already don't see themselves represented here, and who will be further marginalized and excluded by this decision. It will let the public know that we do not have the best interests of all students at the forefront of our decision-making."

Opponents called for more consultation and discussion before bringing police back into schools, but were outnumbered. While trustee Preeti Fardikot's motion proposed a "reimagined" SLO program, it's unclear how it will differ from the previous one.

Reinstating the program was a campaign promise of Mayor Ken Sim, and all four trustees from his A Better City Party – Fardikot, Victoria Jung, Alfred Chien and Joshua Zhang – voted in favour of doing so.

So did Christopher Richardson, who ran under ABC until the party cut ties with him upon learning the Canada Revenue Agency had revoked charitable status from a foundation of which Richardson is a director.

Last week, B.C.'s human rights commissioner spoke out against SLO programs and questioned the idea that they are necessary for school safety.

"I strongly recommend that all school districts end the use of SLOs until the impact of these programs can be established empirically," Kasari Govender wrote in an open letter to trustees.

"For school boards who choose not to take this step, it is incumbent on you to produce independent evidence of a need for SLOs that cannot be met through civilian alternatives and to explain the actions you are taking to address the concerns raised by Indigenous, Black and other marginalized communities."

Fardikot's motion cites a "notable increase in youth-involved violence" that she claims corresponds to the end of the SLO program.

Statistics Canada data on youth crime includes both incidents in which charges were laid and incidents in which youth were diverted out of the criminal justice system. The most recent report, which covers 2021, notes that nation-wide these numbers have been trending downward for decades.

The Youth Crime Severity Index, which measures both the volume and severity of crime involving youth accused has fallen 50 per cent in Canada since 2011, and B.C. had the second-lowest in the country last year behind Prince Edward Island.

A powerful 7.8 magnitude earthquake rocked wide swaths of Turkiye and Syria early Monday, toppling hundreds of buildings and killing more than 1,300 people. Hundreds were still believed to be trapped under rubble, and the toll was expected to rise as rescue workers searched mounds of wreckage in cities and towns across the area.

Experts say the outlook for the loonie in 2023 largely depends on commodity prices, how the U.S. dollar fares, and whether central banks are successful in avoiding a major recession.

China accuses U.S. of indiscriminate use of force over balloon

China on Monday accused the United States of indiscriminate use of force in shooting down a suspected Chinese spy balloon, saying it 'seriously impacted and damaged both sides' efforts and progress in stabilizing Sino-U.S. relations.'

BoC's first summary of deliberations coming this week. Here's what to expect

The Bank of Canada is set to publish its first summary of deliberations Wednesday, giving Canadians a peak into the governing council's reasoning behind its decision to raise interest rates last month.

Charles Kimbrough, a Tony- and Emmy-nominated actor who played a straight-laced news anchor opposite Candice Bergen on 'Murphy Brown,' died Jan. 11 in Culver City, California. He was 86.

The first battle tank from Canada destined for Ukraine lands in Poland, advocates come together to help sailors who have been stuck for months in a Quebec port, and Beyonce becomes the most decorated artist in Grammys history. Here's what you need to know to start your day.