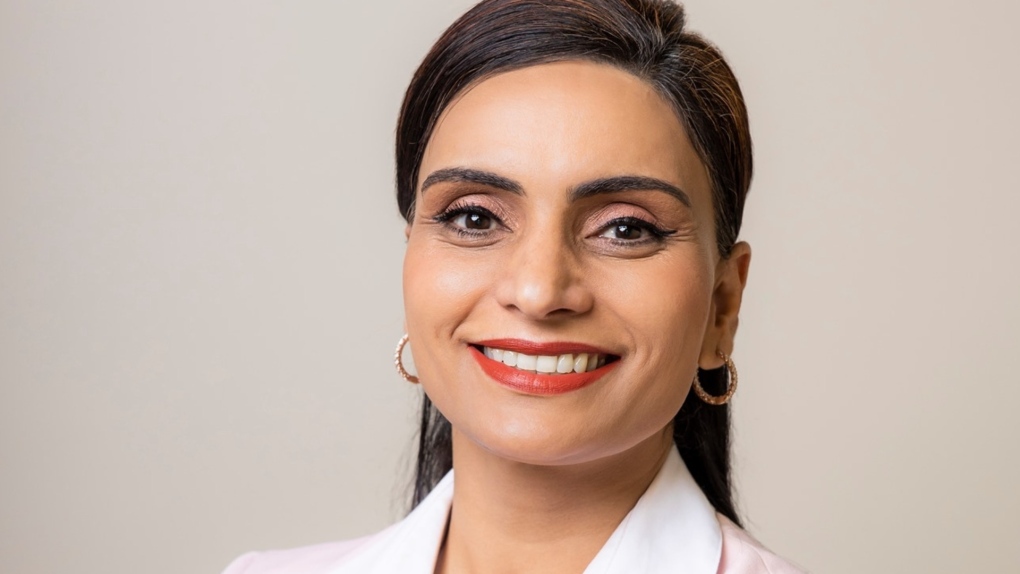 Vernon-Monashee MLA Harwinder Sandhu is seen in an image from her official Facebook page.

An NDP MLA from B.C.'s Southern Interior is facing a recall petition spearheaded by constituents who are frustrated by the government's handling of the COVID-19 pandemic.

The target of the campaign, Harwinder Sandhu, a nurse who represents the Vernon-Monashee riding, told CTV News she stands by the province's efforts to protect the public during the global health crisis.

"I will not be intimidated by a small group of extreme activists that do not represent the vast majority of people in Vernon-Monashee," Sandhu wrote in a statement.

"I will continue working every day to stand up for what's right and to make life better for the people I represent."

For the petition to be successful, and for Sandhu to lose her seat in the legislature, campaigners will have to collect signatures from 40 per cent of eligible constituents in her riding within a 60-day window that begins on Aug. 12.

To be eligible, a constituent must have been registered to vote at the time of the last provincial election in October 2020.

The woman who filed the petition, Vernon resident Genevieve Ring, told CTV News she feels confident her campaign will meet the threshold of 21,268 signatures in time.

Ring said she's opposed to the government mandates brought in to protect people from COVID-19, and particularly against masking in public schools, which she described as an "attack" on children that she believes caused them lasting psychological harm.

While Sandhu was not personally responsible for those public health decisions, Ring said their local representative "did nothing to help” push back against the policies, which were similar to those implemented in many jurisdictions across Canada.

Ring noted her campaign will be supported by Jeff Gaudry, an anti-mandate activist who drove to Ottawa in support of the Freedom Convoy and who has been an outspoken critic of pandemic restrictions.

The bar for launching an official recall petition through Elections B.C. is very low, requiring only that an applicant provide a $50 fee and a statement of no more than 200 words explaining their reasoning.

In a news release confirming the recall petition against Sandhu, Elections B.C. noted that applications "must be approved if these legislated criteria are met."

"Elections B.C. does not have discretion to evaluate applications on any other criteria," it read.

Since the province's Recall and Initiative Act came into effect in 1995, there have been 26 recall petitions issued, and only six were subsequently returned for verification of the signatures.

Of those, five were found to be lacking the minimum number of signatures required – and the sixth was "halted during the verification process because the (MLA) resigned," according to Elections B.C.

A previous version of this story indicated Jeff Gaudry flew to Ottawa to support the Freedom Convoy, but he drove there.

The owner of the Vancouver Canucks has responded to bombshell allegations that he abused his children, which were heard during a family court proceeding this week.

How some organizations are reducing food waste and saving Canadians money

Millions of tonnes of edible food are being thrown away, a problem some organizations are trying to prevent through programs aimed at reclaiming food and giving it to Canadians at a lower cost.

Gov. Gen. Mary Simon placed tobacco Wednesday on the graves of some of the people who died in a stabbing rampage on the James Smith Cree Nation earlier this month.