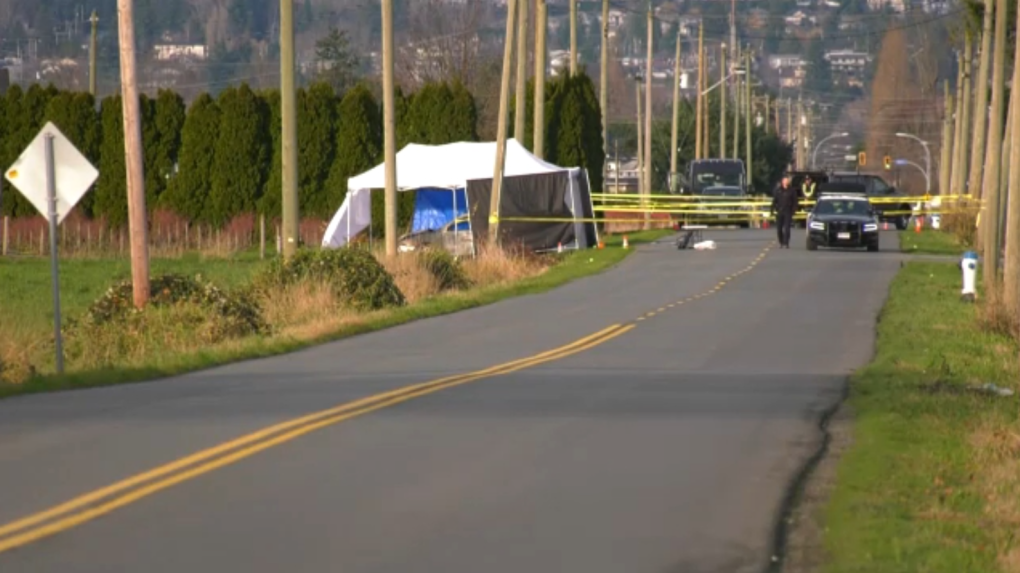 Police in Abbotsford are investigating after a body was found in a burned vehicle in the city in the early hours of Sunday morning. (CTV)

Homicide investigators are now looking into an incident in Abbotsford, B.C., reported over the weekend.

Local police said in an update Monday that the Integrated Homicide Investigation Team has taken over the investigation into a suspicious death.

First responders had been called to Riverside Street north of Townshipline Road shortly before 3 a.m. for reports that a vehicle was on fire. When the fire was put out, human remains were found inside.

No details have been provided about the condition of those remains, or who they are thought to belong to.

Police have also not said anything about a possible motive, or whether they believe there are any ties to gang activity in the province's Lower Mainland.

In a brief news release, Abbotsford Police Const. Paul Walker said anyone with more information is asked to contact IHIT.

A new study suggests there may be a need for increased monitoring of COVID-19 patients after they're discharged from hospital, with data showing these patients are at a greater risk of readmission and death.