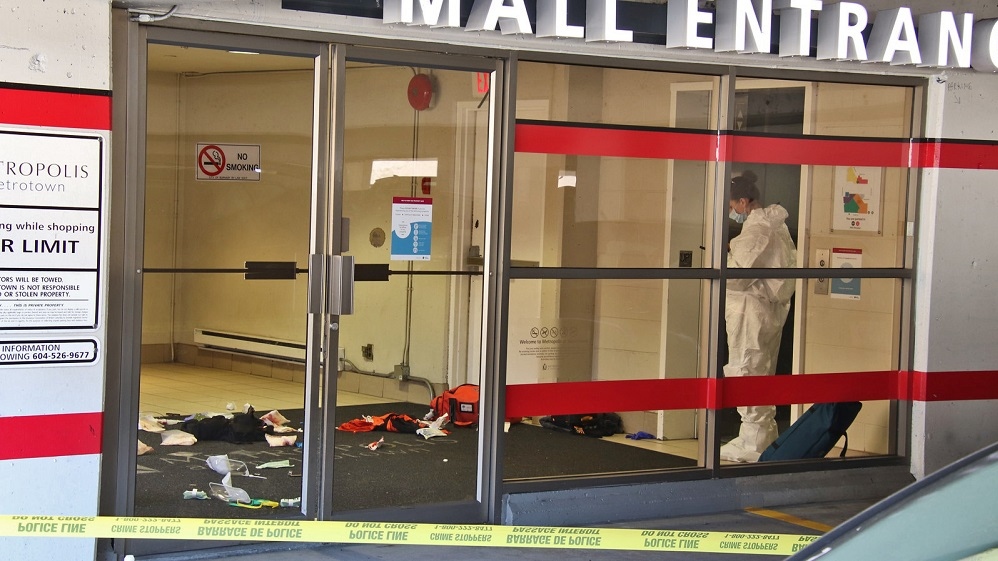 Homicide detectives have been called after a stabbing at Metrotown late Sunday morning. (CTV)

Homicide detectives have been called after a stabbing at Metrotown late Sunday morning.

The incident happened around 11:40 a.m., according to a news release from Burnaby RCMP.

The victim was taken to hospital, where they were pronounced dead, police said.

Police, paramedics and firefighters all converged on the scene after the incident, which took place in the parking garage, according to BC Emergency Health Services.

EHS told CTV News it dispatched two ambulances to the mall and transported one patient to hospital.

Video from the scene shows debris on the floor just inside an entrance to the mall near Walmart. Nearby streets were behind police tape for much of the afternoon, and police could be seen entering an apartment building on Dow Avenue, not far from the scene.

The Lower Mainland's Integrated Homicide Investigation Team has taken over the investigation, according to Burnaby RCMP.

Mounties asked anyone who was in the area between 11 a.m. and 1 p.m. and saw something suspicious to contact police. The IHIT Information Line can be reached at 1-877-551-4448, and tips can be emailed to ihitinfo@rcmp-grc.gc.ca.