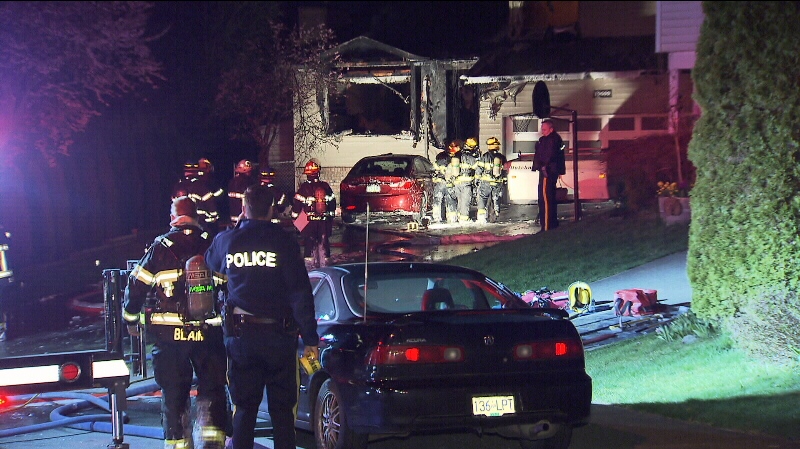 Friends and family are stepping up to help a woman rebuild her home after it was allegedly set on fire by her estranged husband.

A GoFundMe campaign has been created for Sonia Cella after her former husband, Andre Harvey Richard, allegedly assaulted the woman and her 14-year-old daughter and set the family’s home on fire Wednesday. Cella and her two children escaped the blaze.

According to the campaign page, the Cella family is “now safe and recovering after this horrible ordeal.”

A family friend of Cella’s created the fundraising campaign with a goal of raising $25,000. “Any amount of donations would gladly be accepted to help pay for housing, furnishings, clothing and any other possessions lost in the fire,” Hailey McShane wrote.

As of Friday evening the campaign had exceeded $1,000 in donations.

Richard, 44, was charged Friday with 13 criminal counts including several for attempted murder, assault with a weapon, assault causing bodily harm and breach of recognizance. He was also charged with arson and break and enter.