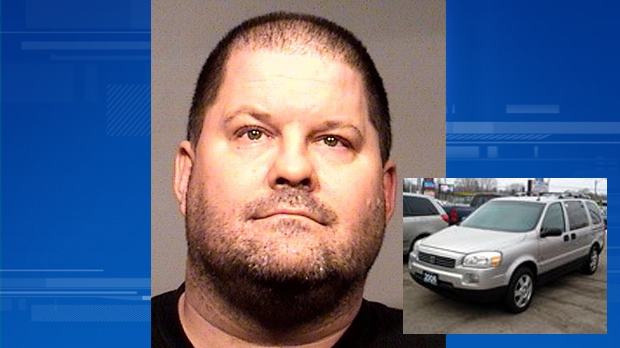 Andre Harvey Richard is wanted in connection with the attempted murder of his ex-wife. (Handout)

The man accused of breaking into his estranged wife’s home and assaulting her before setting the building on fire will answer to 13 criminal charges, RCMP announced Friday.

Andre Harvey Richard, 44, was charged with multiple counts of attempted murder, assault with a weapon, assault causing bodily harm and breach of recognizance. He was also charged with arson and break and enter.

Richard was flown back to Langley Friday following his arrest in Fernie, B.C. the day before.

He was taken into custody at a traffic stop in the small B.C. town Thursday after a motorist called the RCMP to report a man driving erratically and possibly drunk.

The arrest happened on the other side of the province – a nearly 12-hour drive – from the Langley crime scene where Richard is alleged to have attacked his former wife and her 14-year-old daughter before setting their home on fire.

Richard will remain in custody prior to his appearance in Surrey provincial court Monday.