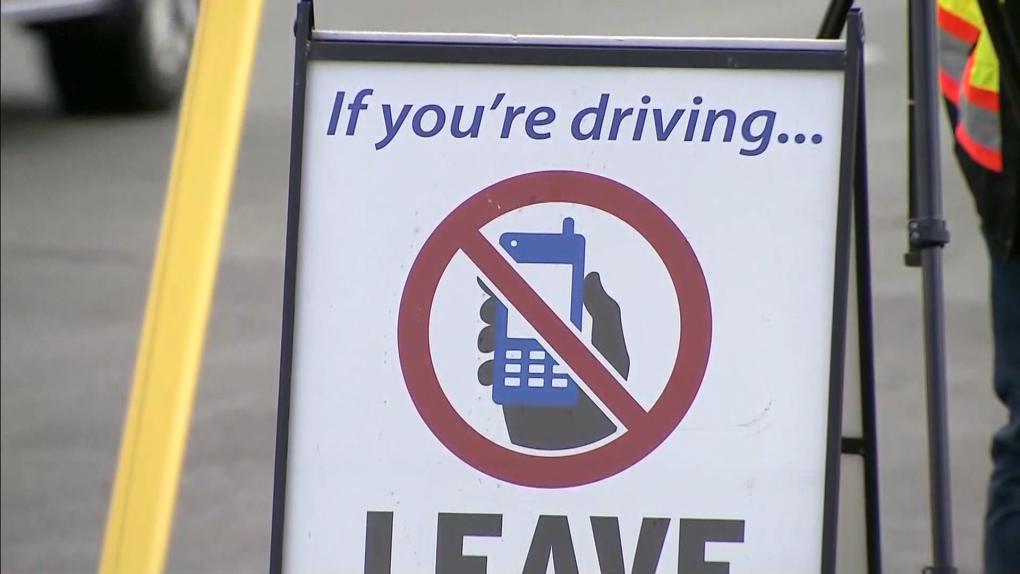 British Columbia's highest court has upheld the distracted driving conviction of a man who insisted his cellphone was merely wedged between his thigh and car seat when he was stopped by police.

Zahir Rajani argued that because he wasn't holding the device in his hands, he shouldn't have been dinged with a distraction ticket, and ultimately fought his conviction all the way to the B.C. Court of Appeal.

A three-judge panel dismissed the appeal on Tuesday, in a ruling that experts say strengthened the province's already tough distracted driving laws.

"Now we have real clarity about what it means to hold, or use, electronic devices while driving," lawyer Sarah Leahmon told CTV News.

"It extends it beyond simply holding it with your hands to perhaps propping it up with another body part."

The officer who pulled Rajani over said he had spotted the driver looking down behind the wheel. After approaching the vehicle, the officer said he saw a cellphone in Rajani's lap and issued him a distraction ticket.

The driver fought the fine in traffic court, where he admitted he had looked down but disputed the officer's description of how his phone was positioned.

The first judge to hear the case determined it didn't matter whether the cellphone was in Rajani's lap or wedged between his thigh and the seat because it was also plugged into a charger, and that was enough to constitute being in "use" under the Motor Vehicle Act.

The B.C. Supreme Court justice who heard Rajani's first appeal disagreed that simply having a phone plugged in – as opposed to actively plugging one into a charger – counts as use, but still upheld the conviction.

"She concluded that, even on Mr. Rajani's evidence, the phone was being supported in a way that permitted its use," Tuesday's appeals court ruling reads. "She found that Mr. Rajani's leg placement impacted the phone's position such that it was being 'held' within the meaning of the Act."

A narrow interpretation of what it means to hold a cellphone would let drivers "operate their vehicles with electronic devices in their laps, between their thighs, tucked under their arms or chins, or supported by other parts of their bodies," the justice said.

The appeals court panel agreed, quoting the definitions of "hold" from the Oxford English Dictionary, Merriam-Webster Dictionary, and Cambridge Dictionary in its decision to support a broader interpretation.

The head of U.S. intelligence says fighting in Russia's war in Ukraine is running at a 'reduced tempo' and suggests Ukrainian forces could have brighter prospects in coming months.