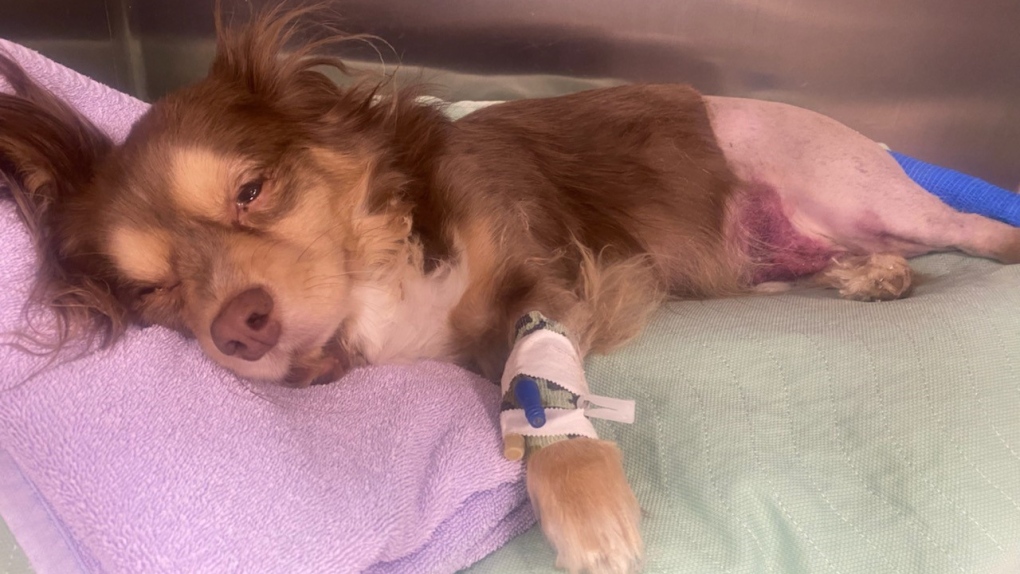 This photo provided by the Abbotsford branch of the BC SPCA shows Lucky, a dog who required surgery after being hit by a car.

A dog that was rescued by a Good Samaritan after being hit by a car in Langley has a long road to recovery but will soon be up for adoption.

The aptly named Lucky is fortunate to have survived being struck, but now the SPCA is fundraising to pay for the cost of his medical care.

"He was rushed to a veterinary hospital where they determined he had a broken left hind femur that required extensive plating to repair and a degloved tail (the skin had been removed from his tail) that required amputation,” writes Abbotsford SPCA manager Sarah Ringer-Vennard.

"The hospital was able to locate his owner, but due to the veterinary costs, they requested that Lucky be surrendered. The vet clinic called us to help and we took Lucky into our custody and took over his treatment costs."

The Spaniel - Shihtzu mix has undergone two painful and complicated surgeries and will spend the next six to eight weeks in foster care.

Ringer-Vennard says the pup is affectionate with the humans and the cat in his foster home and that he enjoys peanut butter and cuddling up on the couch for naps.

"We know he's going to make a wonderful addition to his forever family once his leg is fully knitted back together again," says a post on Lucky's fundraising page.