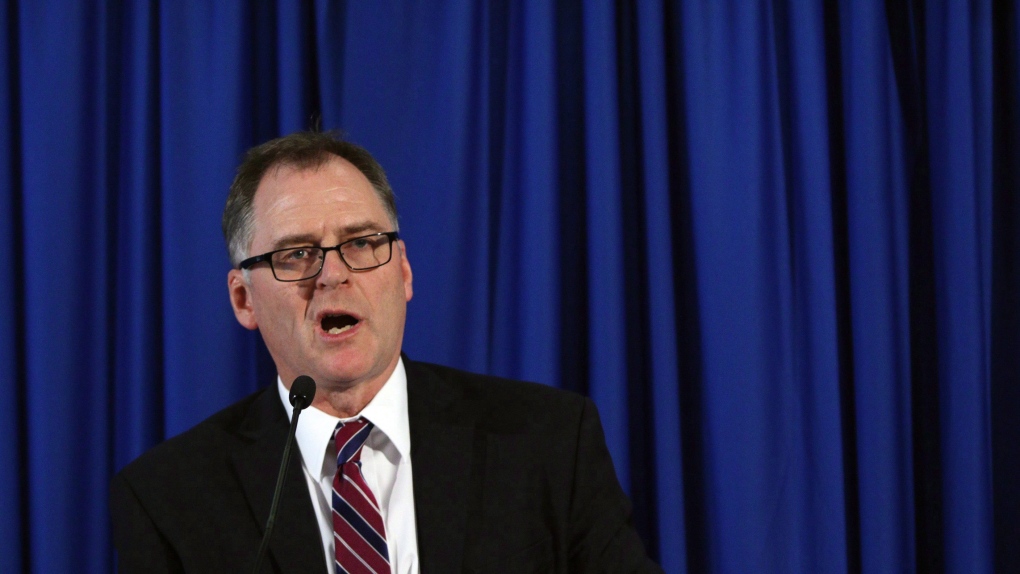 Ombudsperson Jay Chalke speaks at a news conference in Victoria, B.C., in an April 2017 file image. THE CANADIAN PRESS/Chad Hipolito

B.C.'s ombudsperson says the provincial government failed to pass along federal disability benefits to a family caring for a young Indigenous girl living with mental and physical challenges.

The child, identified as Jesse, was two years old when she ended up in her grandparents’ care in 2013. As Jesse faced more difficulties, the grandparents, who are on a fixed income, were encouraged to apply for federal benefits.

In a report, the independent ombudsperson’s office found the grandparents qualified for a federal Child Disability Benefit in 2019, which at the time amounted to $242 a month – but that the money went to Ministry of Children and Family Development.

The ministry was considered to be "maintaining" Jesse's care, because it was providing the family with roughly $1,000 a month in provincial funding.

Over a period of two years, the ministry kept more than $7,000 in federal benefits meant for the girl's care, despite acknowledgement from ministry staff that the policy was problematic and a "high priority" for them to fix.

The grandparents, identified as the Taylors (not their real name), then complained to the ombudsperson's office.

An investigative report entitled “Short-Changed” found the money disappeared because of a broken system in which federal and provincial supports don't link up. The report notes the money was directed to B.C.’s general revenues.

Keeping the money meant for families, according to the report, "is unjust."

“This case is disturbing on a couple of levels,” said Ombudsperson Jay Chalke in a news release. “Not only did the Taylors not receive money that they could have used for essential care needs for their granddaughter, the ministry knew there was a problem and took far too long to fix it."

Despite raising the issue in 2019 with the ministry, it took more than two years for the province to come up with a fix.

The report makes several recommendations, including ensuring those in similar situations be given the federal dollars they are eligible for by the end of June, retroactive to April 1, 2019.

In a response sent to the ombudsperson, the Ministry of Children and Family Development agreed to the recommendations, saying some of the changes were already being implemented.

“For families caring for children with disabilities, every dollar matters and it’s not acceptable that the Taylors and families like them were short-changed at the time and are only this year being promised funds that they should have received years ago," added Chalke in the press release.

Statistics Canada is expected to release July's inflation data this morning. Economists believe the inflation rate may have already peaked given the recent drop in gas prices, which fuelled May and June's inflation reading.

The world's attention on Russia's war in Ukraine on Tuesday turned anew to the Russia-annexed occupied Crimean Peninsula, where a mysterious ammunition storage fire and explosions injuring two people was the second incident in a week to shake Moscow's sensitivities.

Some energy experts warn a deal to sell Canadian hydrogen to Germany will serve as only a small, far-off and expensive part of the solution to Europe's energy crisis.

One-quarter of front line employees surveyed at Canada's border agency said they had directly witnessed a colleague discriminate against a traveller in the previous two years.