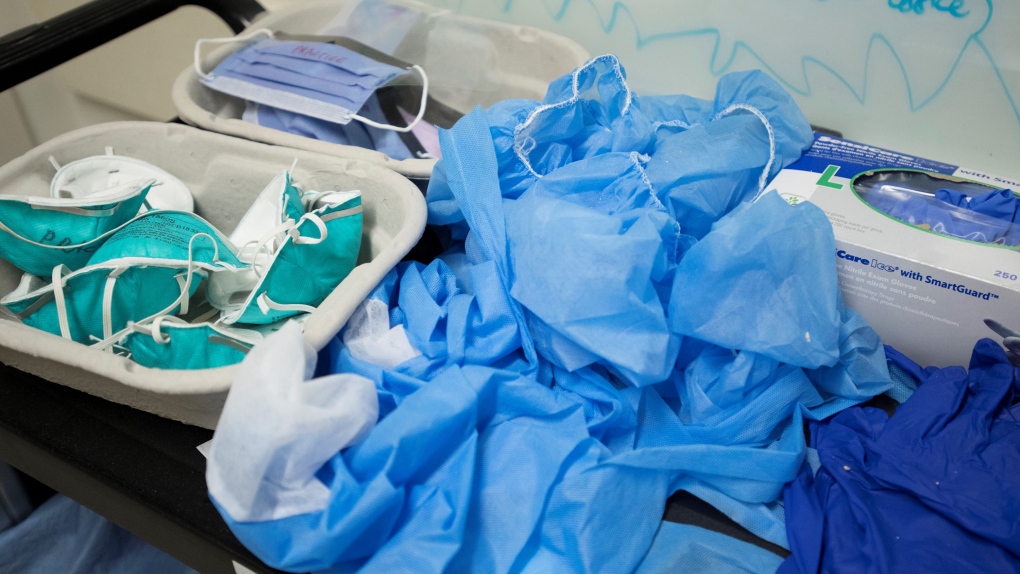 Health-care workers fired from jobs in B.C.'s Lower Mainland over their decision not to get vaccinated against COVID-19 numbers in the hundreds, but according to local officials, they represent just a small portion of the workforce.

A representative of the two health authorities that monitor the province's most populous region told CTV News that a total of 674 employees have "had their employment terminated" for failure to comply with a provincial order that those in health care must be fully vaccinated.

While many have blamed B.C.'s vaccination policy on staffing shortages felt at hospitals and other facilities across the province, in the Lower Mainland, the policy accounts for less than one per cent of the workforce, the authorities say.

Last fall, it was reported by The Canadian Press that a total of 3,091 health-care workers across the province remained unvaccinated – 333 of whom were in the Vancouver Coastal Health region, and 573 of whom were employed in Fraser Health.

The update from VCH and FH provided last week to CTV suggests 232 of those workers have since been vaccinated and allowed to return to work.

In an email, the two authorities said the priority of teams in both regions was to manage the impact the public health order had on staffing levels, which meant contingency plans were put in place as the measure took effect.

Staff were warned that refusal to be vaccinated would mean they'd lose their jobs "after a defined period of leave." The Fraser and Vancouver Coastal health authorities said any unvaccinated workers were contacted directly in addition to advisories that went out to all employees.

Those who still refused to get their shots were fired.

"This decision was not made lightly and the human resources teams at both health authorities took extensive steps to engage with and support unvaccinated staff," a spokesperson for both told CTV.

B.C.'s health minister has noted several times that vaccination rates of medical professionals are among the highest in the province, but even a small dip in staff is likely a challenge for those still working.

The province has had to implement a policy that allows health-care workers who are known to have COVID-19 to return to work in some capacity to ensure teams aren't too short staffed to provide care.

Nurses who've spoken to CTV News in recent weeks say the situation is serious, describing staffing shortages for various reasons including illness as well as being responsible for up to triple the number of patients they feel they can safely care for.

According to B.C. Health Minister Adrian Dix, one week last month there were 27,937 shifts unfilled because so many workers were sick.

"We are also closely monitoring sickness levels across health services, especially in hospitals, long-term care and home support," Dix said at the time. "All health authorities are in the process of updating their contingency plans."

Nurses and doctors working in various wards have expressed frustration and exhaustion as they feel pressure to pick up overtime shifts amid intense mental and physical strain.