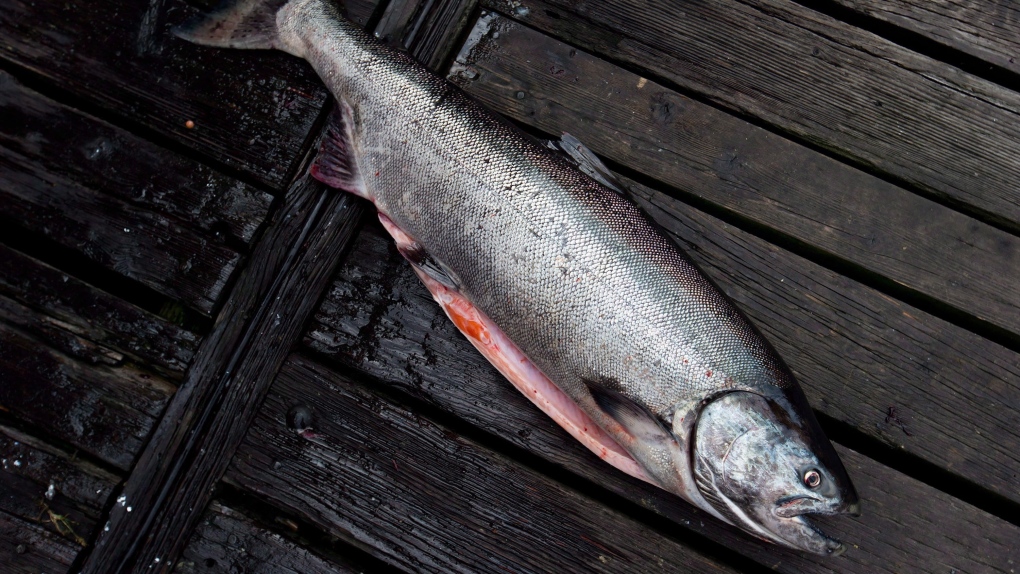 A 24-pound chinook salmon sits on the dock in Vancouver on Saturday, Aug. 18, 2012. (Darryl Dyck / THE CANADIAN PRESS)
VANCOUVER -

Federal officials are cracking down on illegal fishing on the Fraser River.

Fisheries and Oceans Canada says it found more than 200 illegal fishing nets along the river.

"Illegal fishing, of course, results in fish being intercepted, not reaching the spawning grounds and not contributing to the rebuilding of those stocks," DFO director of salmon management Jennifer Nener said over the weekend.

"The impact of illegal activity becomes greater when there's a lot fewer fish in the river."

Nener said salmon stocks are declining to historic lows due to illegal fishing and climate change.