Caught up in holiday travel chaos? YVR wants to hear from you

Caught up in holiday travel chaos? YVR wants to hear from you 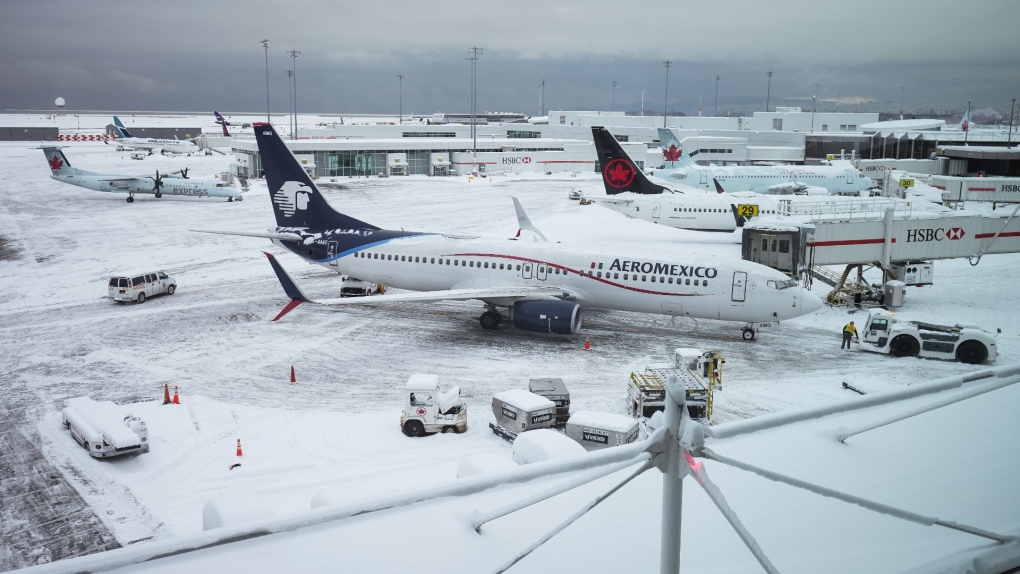 Aircraft are seen parked at gates at Vancouver International Airport after a snowstorm crippled operations leading to cancellations and major delays, in Richmond, B.C., on Tuesday, December 20, 2022. THE CANADIAN PRESS/Darryl Dyck

Vancouver’s airport is seeking feedback from people whose holiday travel plans were thwarted amid a series of winter storms.

“We would like to hear from passengers who travelled to or from the airport during the months of December 2022 and January 2023,” reads a statement on YVR’s website.

Members of the public who were impacted by the travel disruptions are also invited to participate in the process.

“The engagement will use a mix of consultation methods, including an online feedback form, virtual focus groups and panels, and written submissions to help ensure a diversity of experiences are included, such as travellers with mobility considerations or varying language or communication needs,” YVR wrote.

From Jan. 24-30, the airport is inviting participants to “share input on areas of interest such as topics and methods of engagement” for the first phase of the process. Taking part in phase one in not a prerequisite for phase two, which is scheduled to take place from Jan. 31 to Feb. 21. Those three weeks will involve input on “communication, service and support requirements,” according to YVR.

In the coming months, the airport plans to share feedback from this engagement, along with recommendations from the after-action review.

YVR launched the first phase of the engagement exactly two weeks after the airport’s president and CEO, Tamara Vrooman, was grilled by a federal transport committee over the holiday travel chaos.

The disruptions began a mere six days before Christmas, when about 30 centimetres of snow fell, bringing YVR to a standstill. Hundreds of flights were cancelled, impacting 90,000 passengers.

As of Jan. 3, about 1,500 unclaimed luggage items remained at the airport as a result of weeks of delays and cancellations. CTV News has reached out to YVR to see how much of that backlog has been cleared.

On top of engaging with the public over the winter travel chaos, YVR has also engaged the accounting firm KPMG and the global aviation firm Arup to review its response to the disruptions.