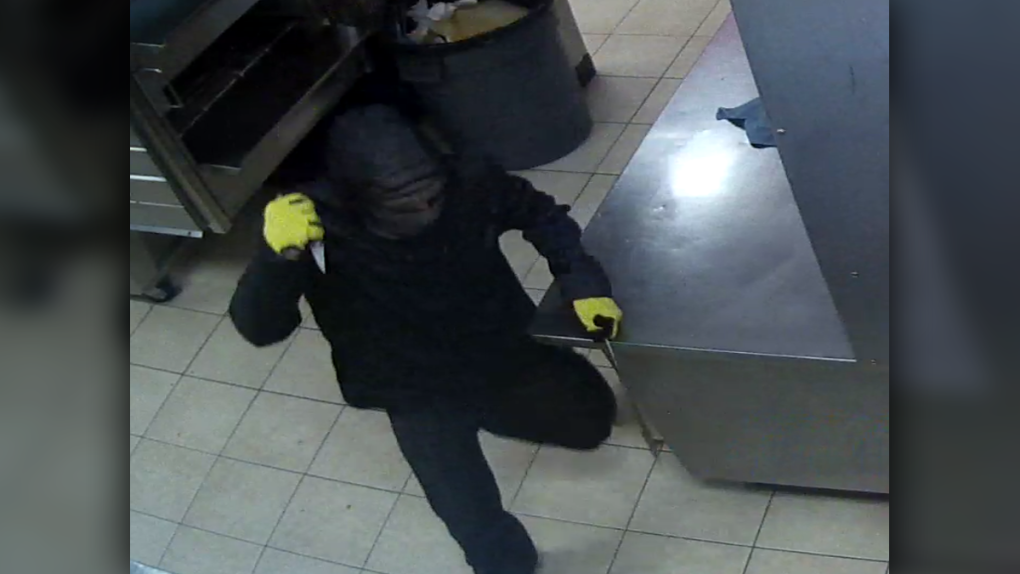 A suspect was caught on camera during an armed robbery at a Penticton, B.C. pizzeria on June 14, 2019. (Handout)

Police are searching for a suspect after a Penticton pizza shop was robbed by a man brandishing a knife and a fire poker.

Authorities said the robber was also wearing a ski mask when he entered the pizzeria at around midnight on June 14. He then walked behind the counter, where an employee was making pizza.

"The man told the staff member to open the register, while holding a fire poker in one hand and a knife in the other hand," Const. James Grandy said in a news release.

"The employee opened up the register and the man put the cash into a pizza box and left on foot."

Police said the suspect left the knife behind at the scene, though it's unclear whether the weapon was abandoned on purpose.

On Thursday, nearly a week after the robbery, police released a surveillance image taken inside the pizzeria in the hopes someone will recognize the suspect and help identify him.

The only descriptive details available are that the suspect is 5'9" tall and was wearing a long shirt, long pants and gloves at the time of the robbery.