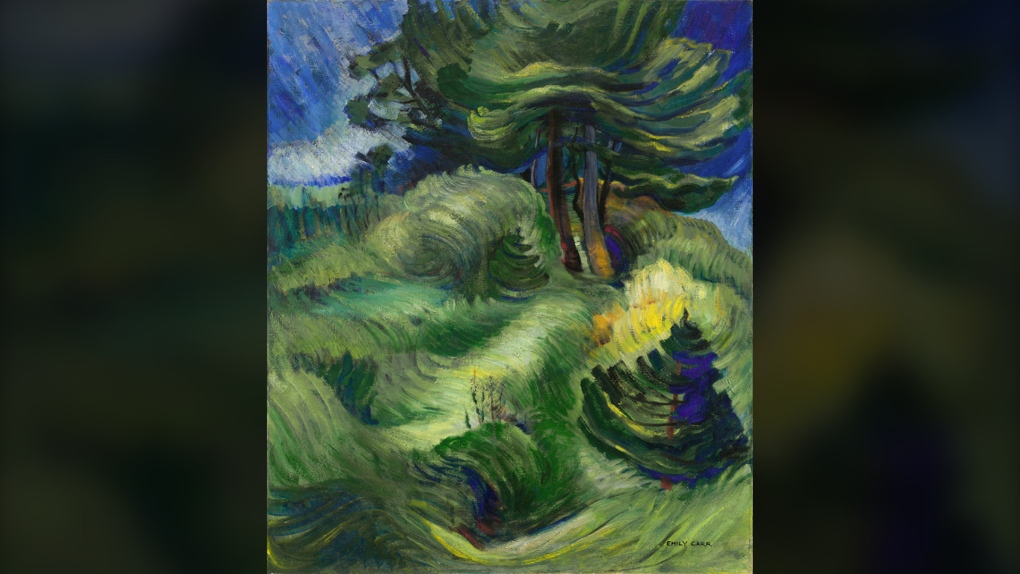 Emily Carr's 1939 forest scene 'Tossed by the Wind' is seen in an image posted by Canadian auction house Heffel.

TORONTO -- A mature-period canvas by Emily Carr fetched more than $3 million at a Toronto auction, making it one of the most valuable works by the B.C. artist to come to market.

The 1939 forest scene “Tossed by the Wind” hammered down for $3.1 million - roughly twice its pre-sale estimate of between $1.2 million and $1.6 million - at the Heffel Fine Art Auction House's virtual live sale Wednesday.

Another of the Victoria-born artist's later compositions, 1937's “Swirl,” which she gifted to contemporary Lawren Harris, exceeded expectations with a $2.3 million sale.

Heffel says the two paintings rank among the four highest-priced Carr works ever sold at auction. All prices include auction house fees.

However, several marquee lots in Heffel's spring catalogue flopped on the auction block.