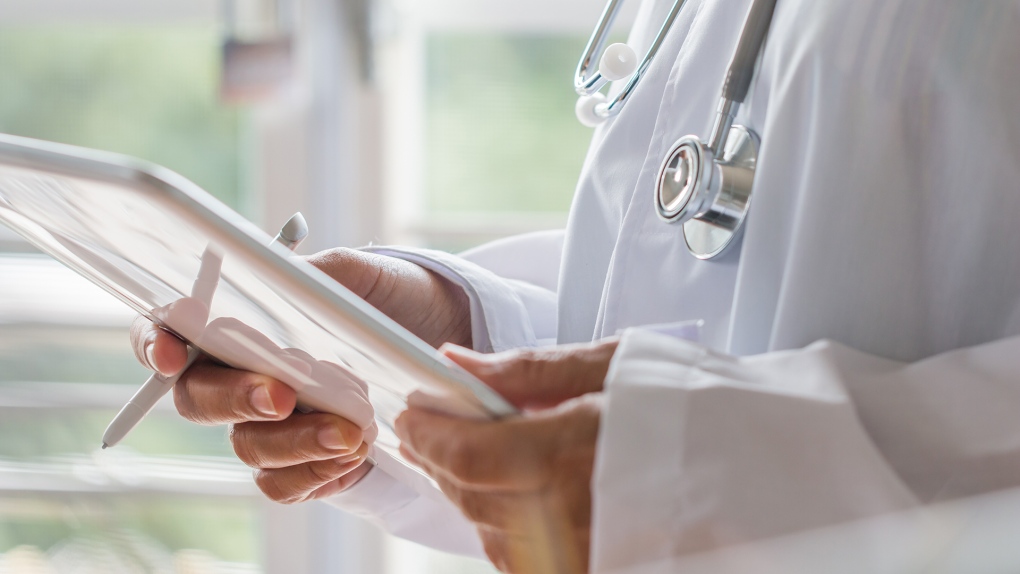 A doctor is seen in this file photo. (Pexels)

A cancer patient with a prognosis described by a B.C. judge as "bleak" has been awarded damages after taking her doctor to court.

In her ruling Wednesday, Justice Janet Winteringham called the plaintiff in the case a "person of great courage who has endured enormous medical challenges in her young life."

The patient - who CTV News has agreed not to name at her request, due to the personal medical history detailed in this story - already had a history of cancer when she started experiencing back pain in 2017. She went to her family doctor about the pain, which presented a year after she completed previous cancer treatment, and although she saw him eight times in nine months, the real cause of her pain was not diagnosed, an overview of the case reads.

From the doctor's notes cited in court documents, it appears his advice was that his patient should do some stretching and core strengthening exercise, and take ibuprofen as needed.

At one point, the plaintiff asked her doctor whether her pain was related to cancer, but he diagnosed her with facet joint irritation – something the judge said was "reasonable" given that she'd noticed the pain while doing some exercises.

During a later visit, Dr. Herbert Y.C. Chang's notes suggest, he still believed it to be facet irritation, and that he had ruled out a fracture. He ordered an X-ray, and told her to keep taking ibuprofen at night.

She saw a different doctor a few months later, also at the practice, who wrote that the pain was associated with a fall down the stairs and prescribed a combination of pain medications.

In September 2017, Dr. Chang's notes suggest he was considering a bone scan if the pain didn't get better, but that it appeared to be improving gradually. Interestingly, a couple days later, Chang received results of a B.C. Cancer Agency ultrasound, and called the patient to let her know no cancer was detected. When questioned in court, he agreed that cancer could not be fully ruled out by ultrasound, however.

The patient ended up in the emergency room just a month later, when her pain became severe. There, she had to wait eight hours to see a doctor, but she did get the bone CT scan, as well as a new prescription for a muscle relaxant and pain medication.

She saw her family doctor a short time later, but again he assessed her as having facet joint irritation. He wrote in her file that he would send her for consideration of injections to treat the facet joint, and that he'd recommended anti-inflammatories. She saw another doctor at Chang's practice, who increased her pain medications, went back to Dr. Chang to find that her CT scan didn't show anything, and then again was told in January that her doctor didn't believe there was any connection with her previous cancer.

It wasn't until February 2018, during a regular follow-up with the B.C. Cancer Agency, a large cancerous mass was discovered on her back. At 13 centimetres, it had grown so large that it was inoperable.

The CT scan she'd had in October, which her doctor said, according to his own notes, did not show "any significant disc bulging or nerve root irritation," was re-examined.

It showed the mass was about five centimetres at that point.

Since that time, the patient has undergone "gruelling treatment," Justice Winteringham said in her ruling. She had 30 radiation treatments, which she called "aggressive," then started chemo, but after nausea, bone pain, blisters, hair loss and anemia, it was determined she would not benefit from chemo.

She's since paid for immunotherapy in Washington state, but it's an expensive treatment her family has paid for out of pocket.

The patient took her doctor to court, arguing he was negligent because he misdiagnosed the cause of her pain and "destroyed her chance for recovery."

She said she believes if she'd been properly diagnosed earlier, the mass could have been surgically removed before it grew to the size it was when it was discovered.

"The plaintiff claims earlier diagnosis would have improved her prognosis/life expectancy, which now is approximately three to five years," the judge wrote in her overview of the case.

And even if it couldn't have been surgically removed, she argued, her doctor's negligence allowed it to grow, causing "unnecessary, significant and ongoing pain."

Dr. Chang's counsel argued that he met the standard of care expected "of a reasonable family physician," and that this is not something that can be "measured against the wisdom of hindsight."

His lawyer said even if he did breach the standard of care, that wasn't the cause of her injury.

Justice Winteringham said expert evidence presented in court did not support an argument that the doctor is liable for what happened. It was likely inoperable even five months before it was discovered, according to experts.

And she described the doctor as "an honest and forthright witness."

But she agreed with the plaintiff that her doctor was negligent for not investigating a possible cancer diagnosis, and that his breach contributed to prolonged back pain.

Tom Brady is taking some time away from the Tampa Bay Buccaneers to 'deal with personal things,' according to the team's head coach Todd Bowles.

The U.S. Centers for Disease Control and Prevention says the nation should move away from restrictive measures such as quarantines and social distancing and focus on reducing severe disease from COVID-19.