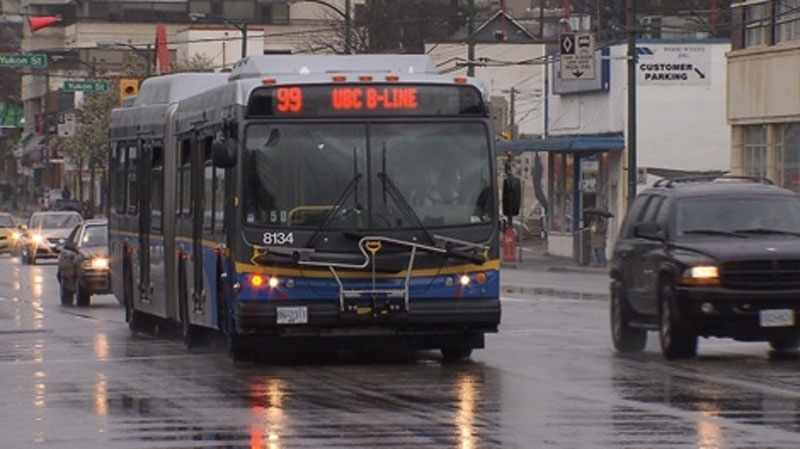 Thousands of university students continue to be passed up by full buses along the Broadway corridor – a major reason why the president of the University of B.C. is pushing students and staff at his campus to support the Yes side in the upcoming transit vote.

Transit infrastructure hasn’t kept up with the surge in student ridership, which has created big barriers for students commuting to campus and for the knowledge economy the university hopes they create, said UBC president Arvind Gupta.

“We know the campus is growing quickly and by 2040 we’ll have almost 40,000 people on this campus,” he said. “We’re going to see lots of two-way traffic. In every direction we know a yes vote will help a lot.”

Metro Vancouver voters will cast a mail-in ballot in a transit referendum to decide if they will pay 0.5 more in sales tax to fund a suite of transit and transportation improvements, including light rail in Surrey, 25 per cent more buses, and a Skytrain extension along Broadway.

The university says 2,000 people are passed up each day by full B-Line buses along Broadway. Gupta says the Broadway buses carry about 100,000 riders a day – more than the Canada Line was expected to carry when it was built.

But the Broadway Skytrain extension is planned to end at Arbutus Street – not all the way to UBC. Gupta said he believes a full extension should be a phase 2 of that project and says the university would consider raising money to bring the line farther to campus when that second phase is discussed.

Gupta said he believed the long line-ups at Commercial Drive station would be smaller at Arbutus Station.

“Many of the people who want to get downtown will have already left on Cambie street,” he said.

SFU says that its downtown students are most likely to use transit – in part because the Burnaby Mountain campus has “insufficient system capacity” – meaning students wait as many as 30 minutes at Production Way Skytrain station to get on a bus.

The Canadian Centre for Policy Alternatives also released a study saying while the left-leaning think tank has doubts about using a referendum to set tax policy, it’s also supporting the Yes side.

The CCPA says while it believes the new tax will target poorer as well as wealthier people, but because transit users will directly benefit from increased capacity the result will likely be progressive.