Both Tri-City candidates win by fewer than 350 votes 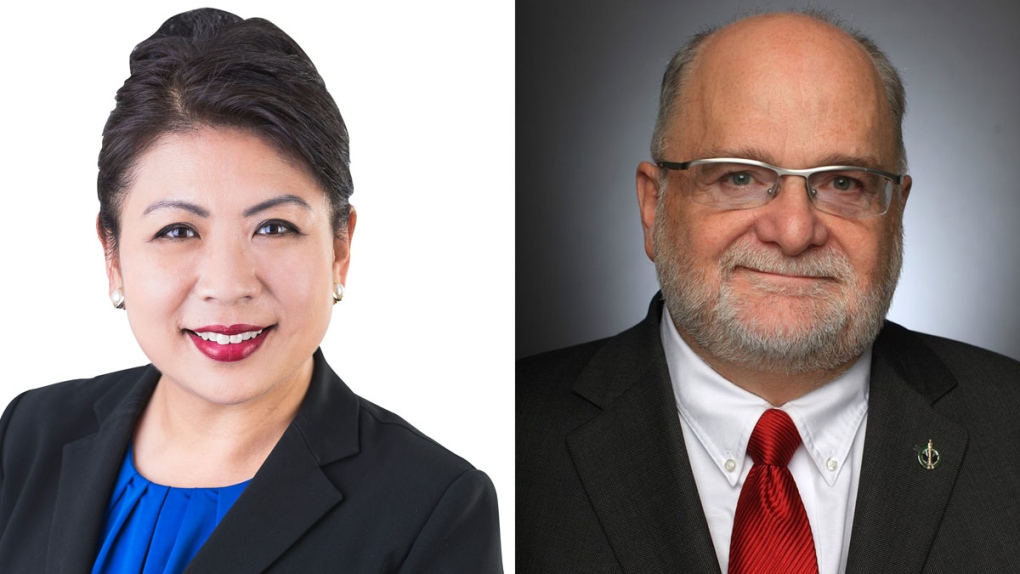 Conservative candidate Nelly Shin eked out a victory in Port Moody-Coquitlam and Liberal incumbent Ron McKinnon narrowly held onto his seat in Coquitlam-Port Coquitlam in the 2019 federal election. Photos: Submitted

VANCOUVER – Two neighbouring Tri-Cities ridings turned out to be B.C.'s closest races during the 2019 federal election, with both MP-elects winning by fewer than 350 votes.

Conservative Nelly Shin took back Port Moody-Coquitlam Monday night for the party from the NDP. She won with by eking out 0.6 per cent more of the vote compared to NDP candidate Bonita Zarrillo.

Next door in Coquitlam-Port Coquitlam, Liberal incumbent Ron McKinnon narrowly held onto his seat by also winning 0.6 per cent more of the vote compared to Conservative challenger Nicholas Insley.

While both ridings were incredibly close, they weren't tight enough enough to warrant an automatic recount.

Automatic recounts are only issued when the difference between the winning candidate and runner up is less than 0.1 per cent of total votes, according to Elections Canada.

However, any person eligible to vote can also request a recount for a riding within four days of the election. A judge is supposed to accept the request for a recount if it appears an election officer incorrectly counted or rejected any ballots, incorrectly wrote a number or incorrectly added up the results.

If a recount happens, the person who asked for it is supposed to pay a $250 deposit as security for the costs of the candidate who won the largest number of votes.

Neither losing candidate in either of the Tri-City ridings has indicated they want a recount.

Interactive map: Look up your riding or view the results by region

Complete coverage including ridings to watch, polling data and more on our Election 2019 hub.