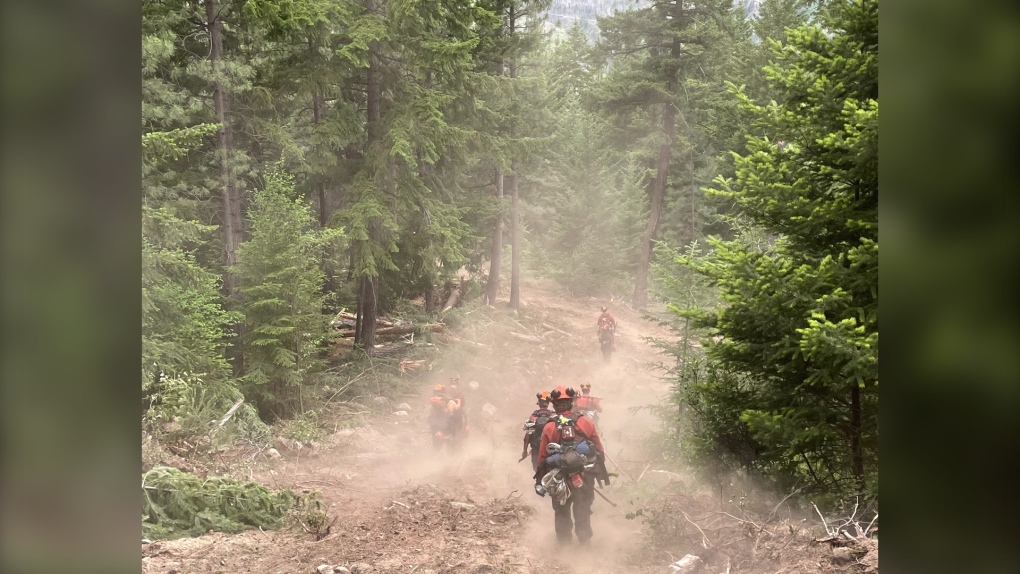 The service says the George Road wildfire is scattered across steep and rocky terrain, creating “different fingers and spots.”

It says crews took advantage of cooler temperatures Saturday, but will focus on long-term management and control since the weather is forecast to get hotter and drier this week.

Seventy-seven firefighters backed by nine helicopters are fighting the blaze with two water tenders and two pieces of heavy equipment.

The fire began Wednesday, and the service says is suspected to be human-caused but remains under investigation.

Evacuation alerts have been issued by Thompson-Nicola Regional District and the Lytton First Nation for 10 homes in the area.

This report by The Canadian Press was first published June 20, 2021.