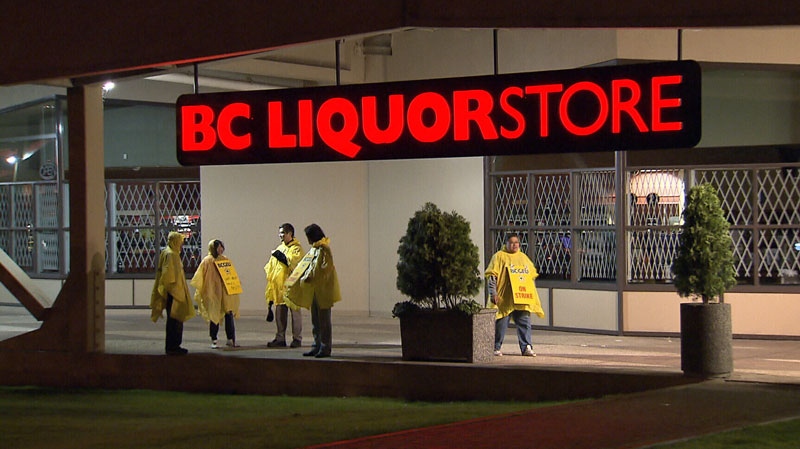 BCGEU members, including government liquor store employees, will walk out on jobs on September 5, 2012 across B.C. (CTV)

Government workers in B.C. are ramping up their job action by planning a massive one-day strike on Sept. 5.

The British Columbia Government and Service Employees Union staged several smaller roaming strikes throughout the summer but next week 27,000 workers plan to walk out on their jobs.

This comes after months of stalled contract negotiations. The union recently rejected a two-year, 3.5 per cent wage increase proposal made by the government.

Government officials say it’s irresponsible of the union to be demanding wage increases at this time considering the current global economic climate.