B.C. workers the most unmotivated in Canada: survey 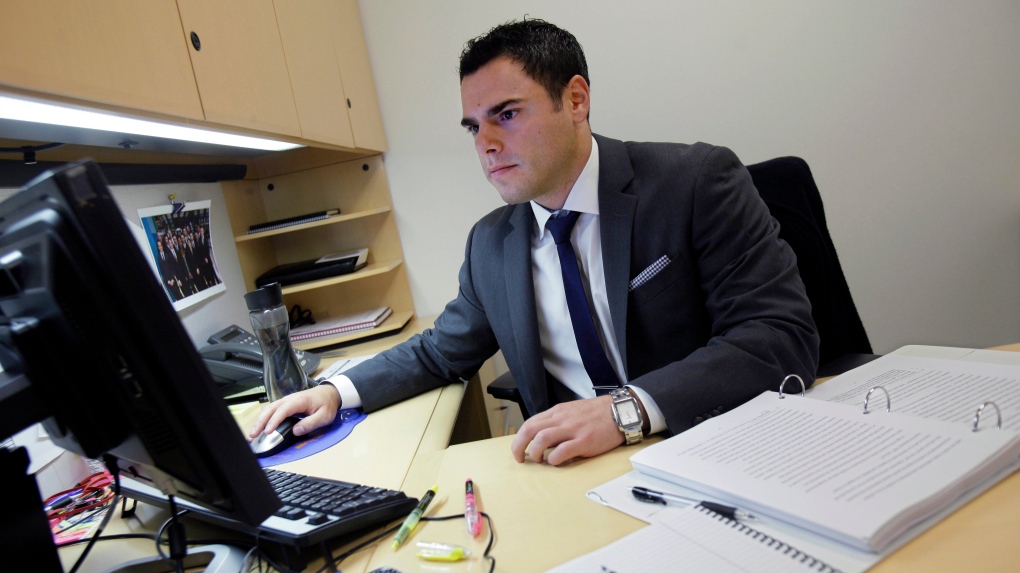 27 per cent of British Columbians said they were unmotivated at work, compared to 22 per cent nationally. (AP / Richard Drew)

A survey of Canadian workers found that those in British Columbia are the least motivated in the country.

The results, released by job listings site Monster Canada on Tuesday, found that more than one-quarter of B.C. residents (27 per cent) reported being unmotivated at work. The national average was 22 per cent.

The data comes from an online survey of 825 working Canadians that was conducted by Leger Marketing. The results have a margin of error of +/- 3.4 per cent, 19 times out of 20.

Monster's survey found that the most motivated workers were in Manitoba and Saskatchewan, where 84 per cent reported feeling motivated. The national average was 76 per cent, while 70 per cent of B.C. residents said they felt motivated.

Across Canada, the survey found that working Canadians over the age of 65 were the most motivated at work (85 per cent), and women were slightly more motivated than men (79 per cent versus 74).

Monster's survey also asked Canadians whether they believed they'd land their dream jobs. In B.C., 44 per cent said they didn't think they ever would, compared to the national average of 35 per cent. Residents of the Prairies were the most pessimistic, with 46 per cent believing they'd never get their dream jobs.

One-in-two Canadians of all ages believe they'll find their dream job in the next decade.

Workers aged 18 to 34 were more likely to report being unmotivated at work (28 per cent), but were also the most optimistic about finding their dream job, the survey said. About 60 per cent of Millennials said they believed they'd find it in the next five years.

The survey also found that Canadians are optimistic about their current jobs, even if it's not their dream job. More than nine-in-ten said they love something about their job, one-quarter said they love their work-life balance, and one-fifth said they love what they do and their daily responsibilities.

Six per cent said they couldn't find anything to love about their job.

"Even if the dream job seems out of reach, the vast majority of Canadians are able to keep motivated in their current job and contribute to their company's success," Monster Canada's director of marketing Sheryl Boswell said in a release.

"While your current job may not be your 'Mr. Right Job', hard work and dedication are essential since you never know where your job may lead and what doors might be opened for you."

Although many B.C. residents feel unmotivated or pessimistic about their dream jobs, about one-fifth said they love what they do. A quarter of those surveyed in the province said they love their work-life balance, and 15 per cent said they love that their job gives them a sense of purpose.

Only 3 per cent said they love their boss, the same as the national average. However, that number is only five per cent lower than the region with the highest rate, Manitoba and Saskatchewan.

A full breakdown of the B.C. results follows: