B.C. township that sold man's property without 'proper or any notice' ordered to pay $350K 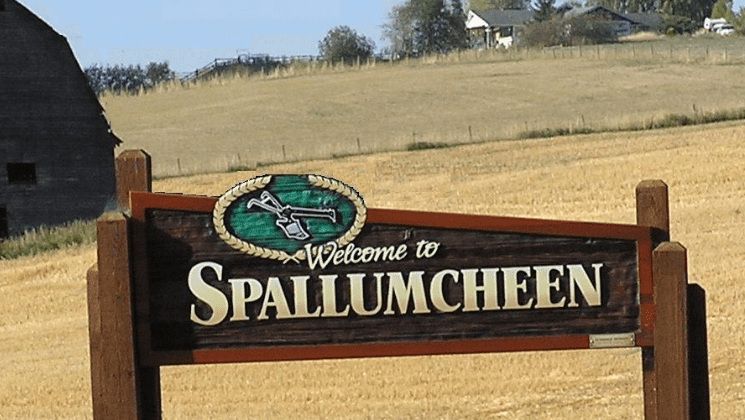 A B.C. man whose property was sold by the local government for "pennies on the dollar" without his knowledge has been awarded more than $350,000 in compensation.

The dispute, outlined in a B.C. Supreme Court ruling Friday, dates back to 2017 when Anthony Brent Morgan owed the Township of Spallumcheen $6,754.02 in property taxes.

The township admitted it sold the property for $11,300 without giving "proper or any notice" to either Morgan or the holder of the mortgage in 2017. At that time, according to the court documents, it was worth $159,000.

The court heard Morgan purchased the parcel of land in 2011. He was born and raised in Armstrong, B.C., but had spent much of his adult life living and working in Metro Vancouver.

"In the fall of 2010, he started making plans to return to the North Okanagan area and set up a finishing carpentry business and roots for his then family. He was not flush with money and started liquidating assets in order to fund a down payment on a home in the Vernon area," the court decision says.

While Morgan and his family did live on the property for a time, they left in July 2012 after a by-law officer told them they needed a permit for their trailer and a septic system in order to stay. Morgan opted to leave.

"He moved his family to Vernon into rental accommodation where he has lived ever since."

While he was living in Vernon, the decision says, he was unable to keep up with his property tax payments.

While a local government does have the legal authority to sell someone's property in order to recover delinquent taxes, Justice G.P. Weatherill noted there is a legal requirement to tell the owner and to provide them with a one-year "redemption period" during which they could try to find a way to maintain ownership.

"Neither the plaintiff nor the mortgagee were aware that the property was going to be sold or was sold at the Tax Sale until after the redemption period had lapsed," the judge wrote.

Because the township admitted that neither of these things was done, the issue the judge needed to rule on was how much Morgan was owed.

The township argued it should pay the value of the property from 2018, the point at which the one-year redemption period ended. At that time, it was assessed at $170,000. Morgan argued he was entitled to the market value at the time the case went to trial, assessed at $360,000.

"The difference between the two positions is approximately $190,000," the judge wrote.

Finding in Morgan's favour, the decision cited several factors, among those that this was the only property Morgan owned.

"Failure on the part of the local government to follow the legislation, including failure to notify the owner/charge holder brings with it, and should bring with it in my view, significant consequences, namely having to fairly compensate (that is, indemnify) the owner/charge holder for any losses and damages resulting from the sale," the judge wrote.

"Had the tax sale not taken place or had he been notified of it and redeemed the property, the plaintiff would have continued to own the property and would have enjoyed the increase in its value over the years. The Tax Sale has deprived him of that increase," the judge continued.

The makers of Jif peanut butter are urging Canadians to check their recent purchases as they issue a recall for some products due to potential salmonella contamination.