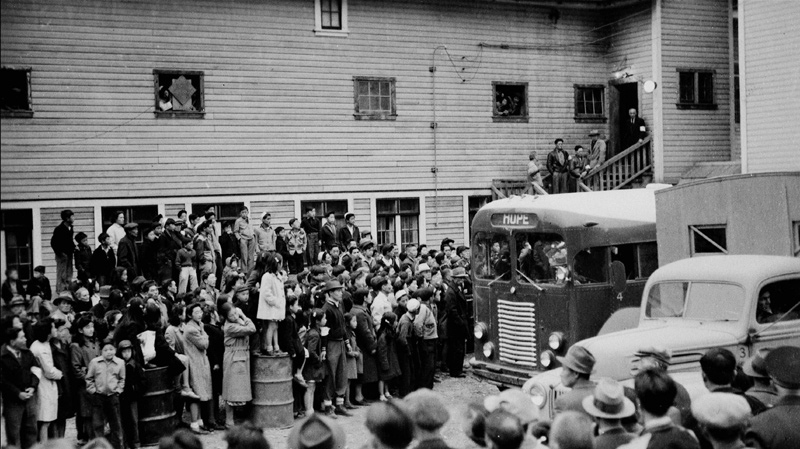 Japanese-Canadians gather inside an internment camp during the Second World War in this undated image. (National Archives of Canada / THE CANADIAN PRESS)

Nearly seven decades after the federal government forced a group of Japanese-Canadians from their homes and sent them to an internment camp in southeastern B.C., a memorial centre in the heart of the community has been declared a national historic site.

Parks Canada has honoured the Nikkei Internment Memorial Centre, which still features some of the huts and shacks that were slapped together for 1,500 Japanese-Canadians during the Second World War.

The New Denver, B.C., camp opened in 1942, just a few months after Ottawa authorized the internment of "enemy aliens" in response to the attack at the United States naval base at Pearl Harbor.

Japanese-Canadians were herded from their homes and sent to the crudely constructed camps, where they remained until the conflict was over.

Simon Fraser University professor Kirsten McAllister says it's important for the memorial centre to be declared a national historic site because it's a critical part of the country's history.

McAllister says while Japanese internment was a hot topic in the 1980s -- after former prime minister Brian Mulroney acknowledged the government's wrongdoing -- the memory of the internment camps has started to slip from the public consciousness.