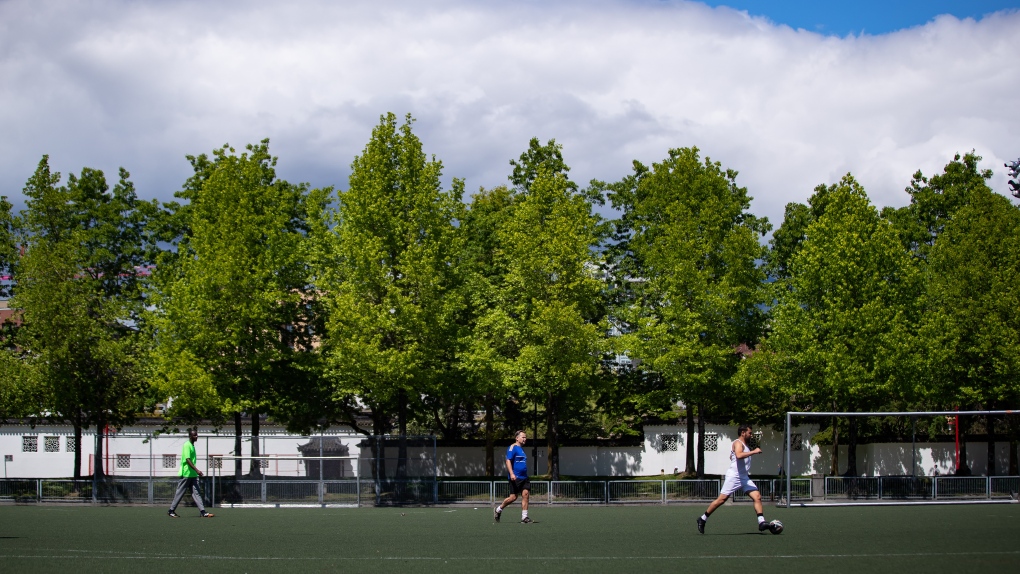 It's expected to be a hot summer in B.C., according to a cross-Canada forecast.

The Weather Network's Summer 2021 Forecast, released Tuesday, suggests that much of the country is in for warm weather.

"Our summer forecast features great weather for enjoying the beach and backyard barbecues, as most of Canada will see near-normal or above-normal temperatures, and more than the typical number of sunny days," the Weather Network said in its three-month forecast.

On the West Coast, the agency expects the season will be warmer and drier than usual, including on Vancouver Island.

The Weather Network didn't give specific estimates, but said the temperature should be "above normal," and the precipitation will be below normal for all of B.C. except for "across the north."

The typical high temperature in the summer in Vancouver, according to the network, is 21.3 C, while the city sees about 126 millimetres of rain on average.

While those sick of rain may feel this is good news, it also comes with a risk. The Weather Network reminded British Columbians that these conditions increase the chances of wildfires.

Additionally, there's a higher risk of poor air quality through the summer.

The risks are especially high between July and September, the forecast suggests. Drought conditions may also be an issue in agricultural areas.

On the other side of the provincial border, Alberta is expected to see similarly warm and dry conditions, prompting concerns about drought.

Weather officials say they're also concerned about air quality and wildfires in that province.

Similar concerns have been noted for northern Ontario.

East coasters may see a different type of summer. The network forecasts a "very active" hurricane season in Atlantic Canada.

A detailed forecast for all of Canada is available online.

People on both sides of a fishing dispute in Nova Scotia say the defeat of the fisheries minister in the federal election Monday night is a sign Ottawa needs to solve the problem.