B.C. COVID-19 update: Hospitalizations below 300 for first time since January 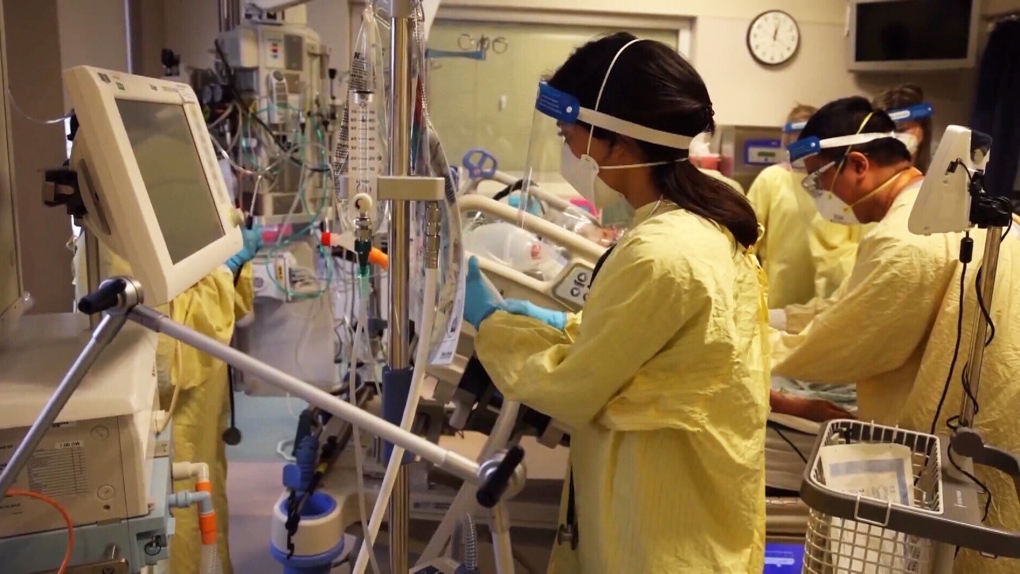 The number of COVID-19-positive patients in B.C. hospitals dropped below 300 on Thursday for the first time in months.

There were 298 test-positive patients hospitalized as of Thursday, a total that includes both those with serious illness and those admitted to hospital for other reasons who test positive incidentally.

The last time there were fewer than 300 people hospitalized with COVID-19 in B.C. was on Jan. 4, and that figure was recorded before the province stopped attempting to separate incidental cases from truly coronavirus-induced hospitalizations. If the Jan. 4 number had been recorded using B.C.'s current "hospital census" model for counting hospitalizations, it likely would have been higher.

A total of 49 people were in intensive care with COVID-19 as of Thursday, according to the Ministry of Health.

B.C. also saw seven COVID-19-related deaths over the last 24 hours, bringing the provincial death toll since the pandemic began to 2,960.

Three of the latest deaths were in the Fraser Health region, two were in Northern Health, and the Vancouver Coastal and Island health authorities saw one death each.

The ministry does not publish information on the vaccination status of those whose deaths are attributed to COVID-19 on a daily basis. Data from the B.C. Centre for Disease Control shows that the largest number of deaths is among people with three doses of vaccine - a group that skews older and includes more than half of the province's adult population.

Relative to their share of the population, however, people who are unvaccinated are overrepresented among COVID-19-related deaths in B.C.

Between Feb. 8 and March 7, those who have not received any doses of a COVID-19 vaccine accounted for just 14 per cent of the population, but 26 per cent of deaths, according to the BCCDC.

As of Thursday, 90.8 per cent of eligible people ages five and older in B.C. had received at least a first dose of vaccine, while 86.9 per cent had received two shots.

Among adults, 58.7 per cent have received a third dose, also known as a booster.

No new outbreaks of COVID-19 were declared in Thursday's update, and the outbreak at Greenwoods on Salt Spring Island has been declared over. That leaves B.C. with eight active outbreaks in its health-care system.

Like hospitalizations and ICU admissions, outbreaks have declined significantly over the last two months as the pandemic's Omicron wave has receded and the province has begun to ease restrictions.

As the B.C. approaches one week since lifting its mask mandate for indoor public spaces, the downward trends have, so far, shown no signs of reversing themselves.

The Ministry of Health announced 240 newly confirmed cases of COVID-19 on Thursday, a total that includes only positive lab tests, which are not available to most B.C. residents experiencing symptoms of the coronavirus.

The ministry does not report the results of rapid antigen tests, which have become more widely available in recent weeks in pharmacies across the province. Currently, anyone age 40 or older can pick up a free package of five rapid tests for at-home use once every 28 days.