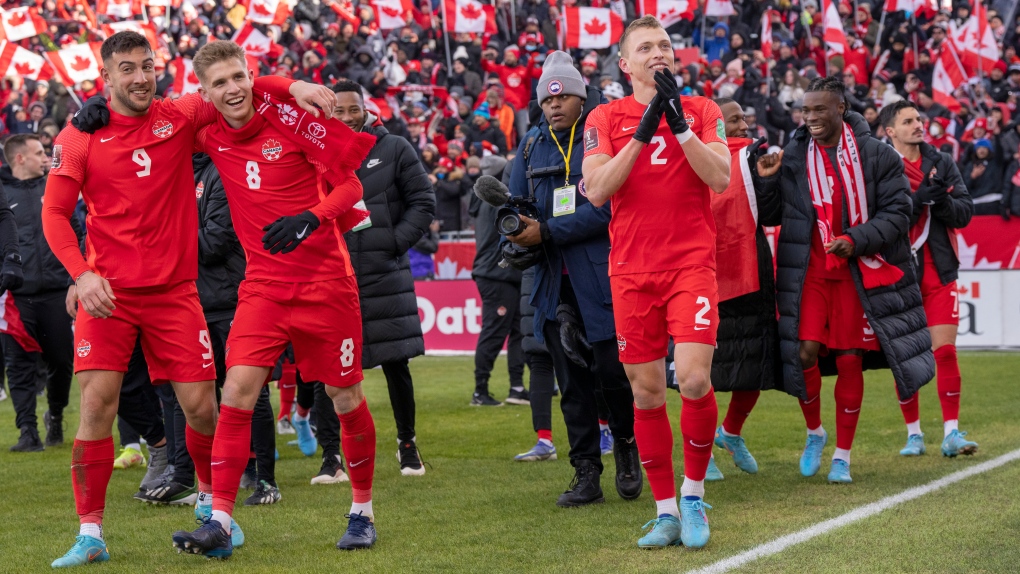 With the Canadian men's soccer team set to make its first FIFA World Cup appearance since 1986, B.C. has announced that bars and pubs will be allowed to extend their hours to host soccer fans.

The tournament is being held in Qatar, and with the 10-hour time difference, many of the matches are scheduled late at night or early in the morning. Between Nov. 20 and Dec. 18, venues designated as "liquor primary establishments" will have the option to be open beyond their licensed operating hours – with the caveat that no alcohol is served.

"While there will be no change to the hours of liquor sales and service, bars, pubs and restaurants will be able to remain open for their patrons and serve non-alcoholic beverages during the extended hours," said a statement from Public Safety Minister Mike Farnworth.

Announcing the move Monday, Farnworth said it will give people a chance to get together and cheer on their teams while also supporting the recovery of the province's hospitality industry from the economic impact of the pandemic.

Bars, clubs, and pubs will be required to close for one hour after the end of liquor service, with no patrons allowed to enter during that time. Businesses that decide to extend their hours will not have to notify of the province of their intention to do so, the statement noted.

Canada's first match is scheduled for Nov. 23 at 11a.m. PT. The team will face off against Belgium.

A spokesman for the chair of an all-party parliamentary group says it is "carefully" reviewing how it handles events with outside events after a newspaper publisher accused of holding antisemitic views took part in a recent gathering.

A mass shooting survivor and spokeswoman for gun-control group PolySeSouvient says it is 'incredibly disrespectful' for firearm rights advocates to invoke the group's name in a merchandise sale discount code.

The deaths of four University of Idaho students nearly three weeks ago have riled up thousands of would-be armchair sleuths, many of whom are posting speculation and unfounded rumors about the fatal stabbings online.

After 300 hours of testimony, 9,000 exhibits and a few major revelations, the public portion of on investigation into the first-ever use of the Emergencies Act ended Friday with a deep dive into questions about government accountability and transparency.

Hockey Canada says there were more than 900 documented or alleged incidents of on-ice discrimination -- verbal taunts, insults and intimidation -- across all levels and age groups during the 2021-22 season.