At least 10 cyclists rescued during race from brutal weather in B.C. Kootenays

At least 10 cyclists rescued during race from brutal weather in B.C. Kootenays 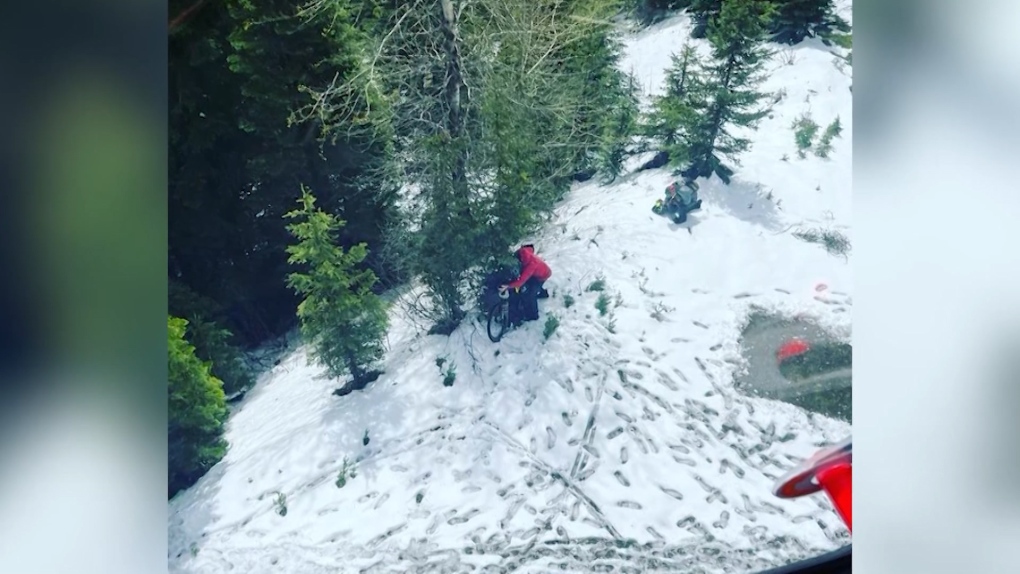 A Tour Divide cyclist was rescued by helicopter near Fernie, B.C. (Fernie Search and Rescue/Facebook)

Heavy rainfall during a treacherous bike race resulted Fernie Search and Rescue saving at least 10 cyclists over the past 72 hours.

“We slightly lost count, but I think it would be between 10 to 15,” said Fernie Search and Rescue leader Simon Piney.

The Tour Divide is a gruelling 4,300 kilometre cycling race that runs from Banff to the Mexican border along the Great Divide Mountain Bike Route.

It started last Friday with cyclists trekking their way through rough weather conditions in Alberta and then through heavy rainfall and even snow at higher elevations in the Kootenays.

“People in various stages of hypothermia, which is obviously a life-threatening condition and we don’t have a lot of time to get people out there,” said Piney. “We had a few people fall off their bikes, a couple who sustained head injuries.”

Piney told CTV News the conditions for the race were the worst he’s seen them in the past 15 years. Some of the rescues, he said, required difficult helicopter extractions.

The race doesn’t require a formal registration and it’s unclear who operates the event, which appears to be co-ordinated by a grassroots group of cycling enthusiasts. Piney says the lack of organization with the race led to communication issues.

“We’re happy to help but there’s a bit of a feeling that at least at the organization level, there could have been more co-ordination to prevent that significant drain on our resources,” said Piney.

The Fernie area saw approximately 80 millimetres of rain in two days resulting in flooding concerns along the Elk River. Approximately 200 cyclists from all over the world are taking part in the race.

Russian forces launched new strikes on Ukrainian cities as Kremlin-orchestrated votes took place in occupied regions of Ukraine to create a pretext for their annexation by Moscow.