Nearly two years after her beloved dog died on a flight to B.C., a Metro Vancouver woman says she’s still waiting for justice for her pet.

Monique Collette said the airline has denied any wrongdoing, and has only offered to compensate her for the “cargo weight” of her dog, Maverick.

“I thought it was very disgusting that what they came back with was an offer just on his weight,” she said Thursday. “As if he was an object, or as if we had broken a chair.”

Collette adopted the golden retriever as a puppy while teaching English in China, where he became one of her closest companions, along with her small mixed-breed dog, Chocolate.

She made plans to return to Canada in the summer of 2020, and hired a professional pet mover to help make travel arrangements for both dogs. They ended up travelling before her on a China Southern Airlines flight in July of that year.

Collette’s mother, Dorice Bastarache, was waiting for the dogs at the Vancouver airport, where she was eventually told Maverick had died, and saw his crate bloodied, with mangled bars.

“We’ve had a lot of anxiety happening to us since the death of Maverick, imagining what he went through,” Bastarache said. “We close our eyes and we think of him, and we want justice for him, too.”

A necropsy found Maverick, who had flown before, had a brain hemorrhage and likely died of a heart attack.

“Clearly something devastating happened. It was either a lack of pressure or a lack of oxygen,” she said. “Dogs, companion animals are much more than simply cargo to a family.”

In an email sent in April, the company said it expressed “deep regret” and sympathy, and added “according to our investigation, China Southern Airlines had carried out the correct and standard operation procedure during the whole transportation process.”

Collette said while the airline has insisted the animals on board were in the same compartment, she’s never been provided with proof of where Maverick was placed on the plane. 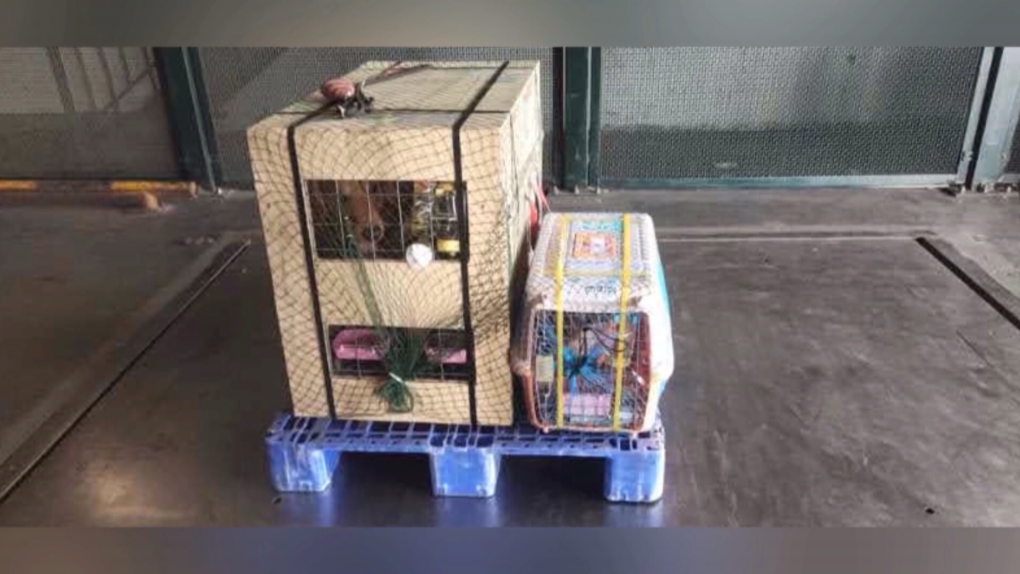 Monique Collette is still waiting for justice almost two years after the untimely death of her dog, Maverick, aboard a flight from China to British Columbia.

“Maverick wouldn’t have done that to himself…he wouldn’t have tried to chew through his cage, piercing his tongue and his mouth,” she said. “It wasn’t a good death.”

Collette said she is prepared to take legal action if needed. She and Bastarache also want to see policies change to ensure animals on flights are protected and kept safe.

“We’re not accepting their apology,” Bastarache said. “It’s not easy to keep going forward. We have to relive this over and over and over again. We’re tired of fighting. But we’re not giving up.”

In the meantime, Collette said she thinks about Maverick every day.

“He was my best friend, and they don’t seem to take any consideration to that, about what me and my mom went through that day and what we’re still going through,” she said, and added she had hoped to give him a good life in Canada. “Instead of that, he had to die in such a horrible way.”

CTV News reached out to the airline, but has not yet received a response.

Antarctica ice melt is accelerating, and research says an overlooked coastal current is to blame

A new study suggests that Antarctica’s ice shelves may be melting faster than previously believed, which is causing sea levels to rise at a more rapid pace and accelerating the dangers of climate change.