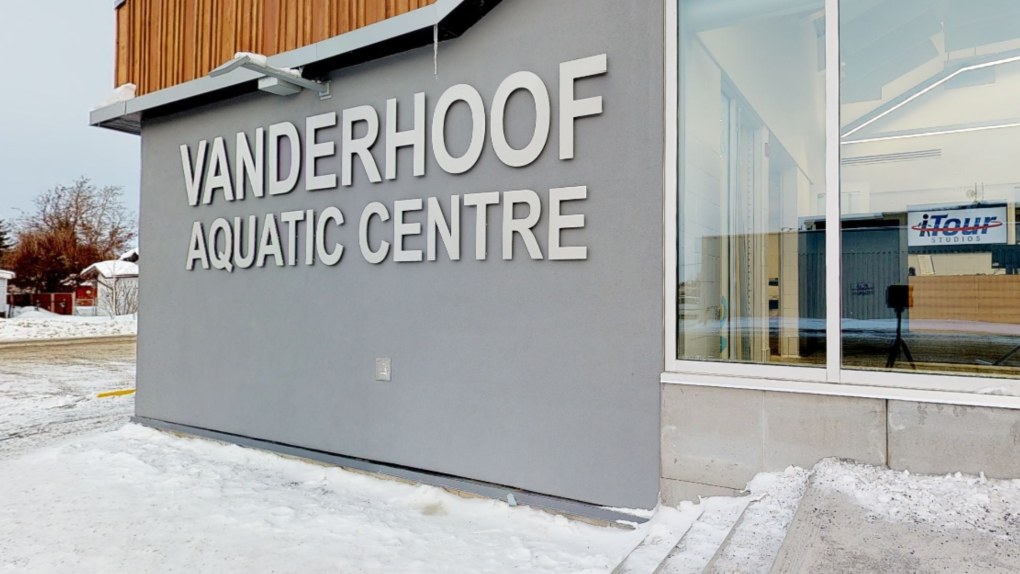 The exterior of the Vanderhoof Aquatic Centre is seen in this still from a virtual tour on the centre's website. (nbc.ymca.ca)

Police in northern B.C. say they believe a recent flood at an aquatic centre was intentional.

Mounties said nearly 500,000 litres (130,000 gallons) of water flooded the maintenance room at the Vanderhoof Aquatic Centre on Dec. 23, causing "extensive damage" to the building's mechanical heating and filtration systems for its pools.

"The investigation to date has revealed evidence to suggest that the flooding was intentionally caused," said Vanderhoof RCMP in a news release Monday, one month after the incident occurred.

Mounties did not elaborate on the nature of the evidence they had uncovered.

"We are actively investigating the act of mischief that caused approximately $500,000 damage to the pool systems," said Cpl. Steven McLean in the release.

The aquatic centre has been closed since the flood. A Jan. 11 update on the YMCA of Northern B.C. website indicates that the timeline for reopening is eight weeks.

"The YMCA is working collaboratively with the District of Vanderhoof on a comprehensive plan for repairs, as well as how to expedite the work required to reopen as quickly as possible," the update reads.

"During this closure, the required annual pool maintenance will also be completed to avoid a service interruption in September."

The YMCA says it will share more details on its reopening plan "as they are finalized."

Vanderhoof RCMP says its investigation is ongoing and "remains a priority." The detachment is asking anyone with information to contact it at 250-567-2222.