A whale of a reunion: Young orca finds his mom 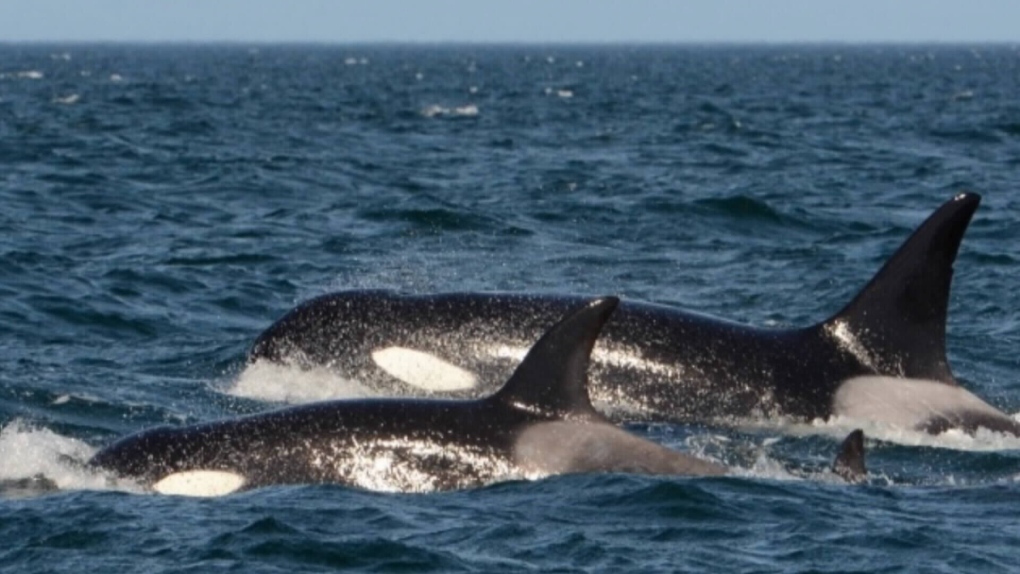 Sam the killer whale was spotted swimming with its mother and siblings in Departure Bay off Nanaimo, Vancouver Island on July 2 (Vancouver Aquarium).

It was a fairy-tale ending for Sam the killer whale when the young orca was seen reunited with its family in early July.

Sam, who also goes by the scientific name T46C2, was just two years old when researchers from Fisheries and Oceans Canada found it swimming alone in a cove on B.C.’s central coast in August 2013.

Young killer whales typically stay with their mothers until they mature, notes the Vancouver Aquarium, making Sam’s situation an unusual one.

Sam, a Bigg’s killer whale, wasn’t eating and was vocalizing loudly in remote bay near Aristazabal Island. Researchers reported that the whale seemed shy, and was rapidly losing weight.

Scientists from organizations such as DFO and the Vancouver Aquarium monitored Sam’s progress for two weeks. After several attempts the whale was successfully freed from the cove, although researchers noted Sam seemed “unwilling to leave” the area.

“In the years since, research biologists up and down the coast have been keeping an eye out for Sam, hoping against the odds it would reunite with its mother and siblings,” reads a media release from the Vancouver Aquarium.

In October 2014 , the researcher’s wishes came true when Sam was spotted swimming with its mother and siblings in Blackfish Sound, near Telegraph Cove. And nearly a year later --  on July 2, 2015 -- Sam and his family were seen together again in Departure Bay off Nanaimo, Vancouver Island.

"This is the best possible outcome,” aquarium research biologist Carla Crossman said in a release. "These sightings indicate that Sam has successfully reintegrated with its family and that like other maternally-related groups of killer whales, the T046Cs are maintaining social cohesion over long periods of time.”

The Vancouver Aquarium is encouraging anyone who sees a killer whale to reporting the sighting to the B.C. Cetacean Sightings Network. Reports can be made via the toll-free phone line 1.866.I.SAW.ONE, or by emailing sightings@vanaqua.org.