4 found stabbed outside of Cabana Lounge nightclub on Granville Street 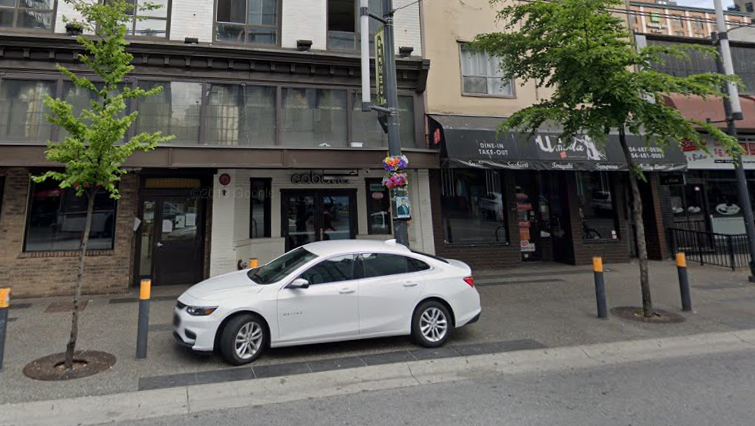 Four people were stabbed at the Cabana Lounge at around 3 a.m. Saturday morning, and are now in hospital with non-life threatening injuries, according to Vancouver police. (Google Street View)

VANCOUVER -- Four people were found stabbed near the Cabana Lounge in the early hours of Saturday morning, and are now in hospital with non-life threatening injuries, according to Vancouver police.

Police were called to just outside the Cabana Lounge nightclub at 1159 Granville Street at around 3 a.m. Saturday after getting multiple reports of a stabbing.

Police say they do not yet have an suspects in custody and are actively investigating.

In January 2018, 23-year-old nightclub promoter Kalwinder Thind died after being stabbed while trying to break up a fight outside of the Cabana Lounge.

This story has been edited to clarify that the four stabbing victims were found outside the Cabana Lounge.