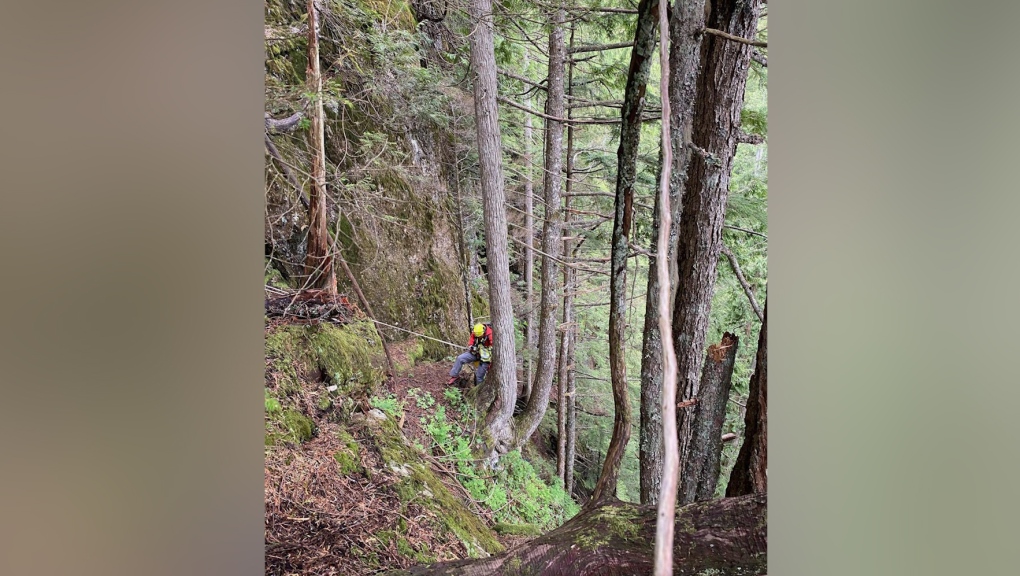 Crews were called out to the northeast side of Mount Fromme Thursday evening, after the trio got stuck while returning from a hike in the area (North Shore Rescue).
VANCOUVER -

Two hikers and their dog are safe and sound, thanks to the efforts of North Shore Rescue teams.

Crews were called out to the northeast side of Mount Fromme Thursday evening, after the trio got stuck while returning from a hike in the area.

The rescue mission involved both ground and helicopter teams as they worked to get the hikers to safety.

North Shore Rescue says the hikers were found in steep terrain where they weren't able to go up or down. Two crew members had to rappel down an embankment to reach them and hoist them up to higher ground.

In a Facebook post, North Shore Rescue credits a local helicopter company for helping to get the job done.

“Once on scene with the subjects it was decided to extract the subjects via hoist from the location. Thank you to Talon Helicopters for excellent flying,” the post reads.

NSR crew members are using the incident as a reminder to the public that hiking conditions on the North Shore can be deceiving.

"The tall trees can hide very steep terrain. As well, the north side of the North Shore mountains are mostly cliffs, while the south side is less steep. And as you descend the mountains it quite often gets steeper. This is why many folks get into challenging situations."

The volunteer-based search and rescue organization says the pair did the right thing by calling 911.