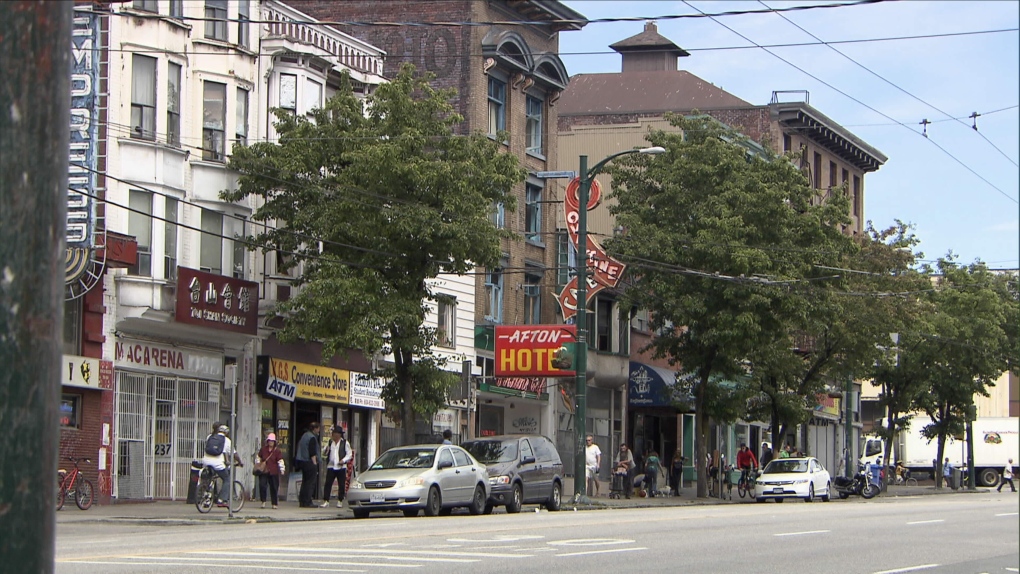 Vancouver council is set to vote on a recommendation to fund a number of community-based responses to extreme heat, including an initiative specifically aimed at helping residents of the city's Single Room Occupancy buildings.

A report from staff that will be presented Tuesday outlines how $165,466 would be distributed to a number of organizations in order to "provide resources to communities disproportionately impacted by extreme heat and other emergencies."

The largest grant, at $100,000, would go to the non-profit SRO Collaborative to work with the 2,300 at-risk tenants in 46 privately-run buildings. According to the report, the funding would train 100 of these tenants to "to provide education, support and in-reach services." Those services would include purchasing cooling packs, providing first-aid training, coordinating room checks, and ideally setting up on-site cooling rooms.

The report comes on the heels of the BC Coroners Service releasing the findings of its Extreme Heat Death Review Panel. Of the 619 people who died during the 2021 heat dome in the province, the review found 10 per cent lived in social housing, SROs or supportive housing.

The majority of those who died lived alone and passed away in their homes.

"High indoor temperature was the primary cause of injury and death during the extreme heat event," the review found.

"Not all people experienced the same degree of heat health risks during the extreme heat event. The elderly, persons with chronic health conditions, persons living alone, those with no access to cooling, and those in particular geographic areas were more impacted by the heat."

One of the key recommendations was to consider how to meet the needs of people who are more vulnerable to the fatal effects of extreme heat and to craft a response that includes and prioritizes the needs of the most vulnerable.

"Universal safety measures and warnings are required for all British Columbians when an extreme heat event is occurring, but vulnerable populations will require additional interventions, support and assistance," the review found.

"Mobility or cognitive issues, poverty and discrimination, may prevent some people from accessing cooling areas during an extreme heat event and they will require services coming to them rather than be expected to access services outside of their living area."

The report coming to city council notes that 117 people died in Vancouver during the heat dome and echoes the coroners' findings that "impacts of extreme heat are not experienced equally" and that "local communities know best about what they need."

In addition to the SRO grant, the city is recommending a series of smaller grants to other organizations on the Downtown Eastside. Creating outdoor spaces with shade and access to water, facilitating delivery of emergency supplies, and funding the purchase of portable and permanent air conditioners in existing community spaces are some of those.

"Certain neighbourhoods in Vancouver were impacted more severely than others. A disproportionate number of emergency room visits originated in the (Downtown Eastside) during the 2021 heat dome, according to (Vancouver Coastal Health) data of emergency room department visits," the reports says, explaining why city staff are recommending investing in programs and services in this area.

"At the same time, these heat events also proved the importance of community-led preparedness, social networks and connectedness, access to safe, healthy, and resilient spaces. During crises, people seek information and help from the people, places, and programs they know and trust."