'This is not a drill': First snow of the season on Whistler summit 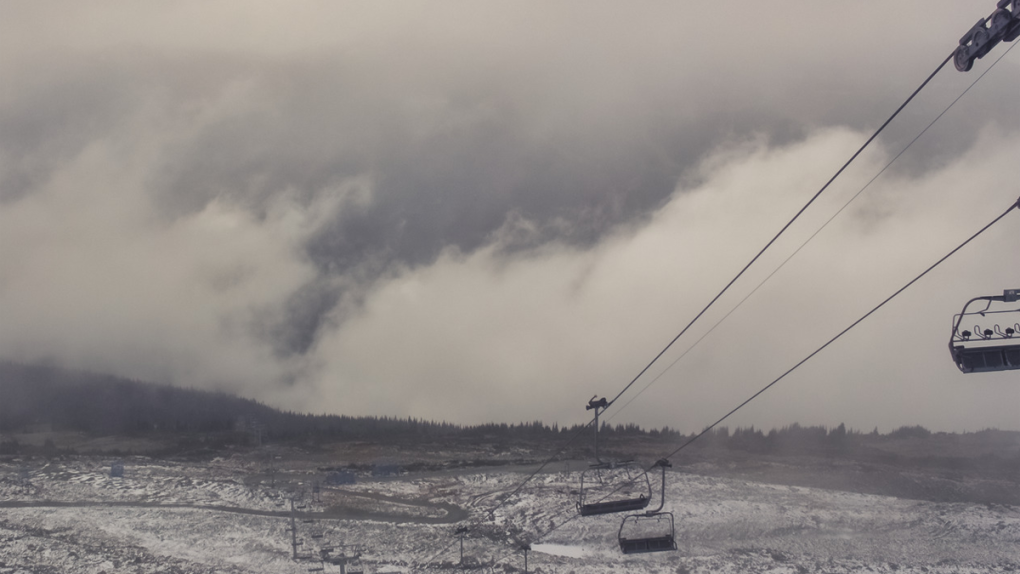 We're still a few days from the start of fall, but already some parts of the province have seen a dose of winter weather.

A time-lapse video posted to Instagram showed clouds encroaching on a peak at Whistler Blackcomb Tuesday.

"This is not a drill," the ski resort posted, saying it was the first snowfall of the season on its 7th Heaven summit.

The summit on Blackcomb Mountain is the highest lift-accessed point in B.C.'s Coast Mountain range, the resort says.

The forecast in the village was a high of 12 C, low of 7, and periods of rain throughout the day. It's expected to warm up on Wednesday, and the temperature could reach 18 by Friday.

But further uphill, the forecast predicted a high of just 3 C. The temperature is monitored from a spot at an elevation of 1,850 metres, and the site said the freezing level was at 2,400 metres.

A web cam by the Peak 2 Peak gondola showed green grass and puddles, but a dusting of snow was visible on the ground from the 7th Heaven camera at an elevation of 2,284 metres.

Snow could also be seen on the Whistler Peak camera.

The timing is similar to that of last year. Snow fell over Whistler in the second week of September, and photos showed flurries so thick they obscured anything in the distance.

To get Environment Canada weather warnings and alerts sent straight to your phone, download CTV Vancouver's free Weather Watch app. Check out this page for more information, including how to download.

❌This is not a drill ❌. First snow of the season on 7th Heaven this morning! | #FindYourSpace #snowfall #whistler #whistlerblackcomb #snow