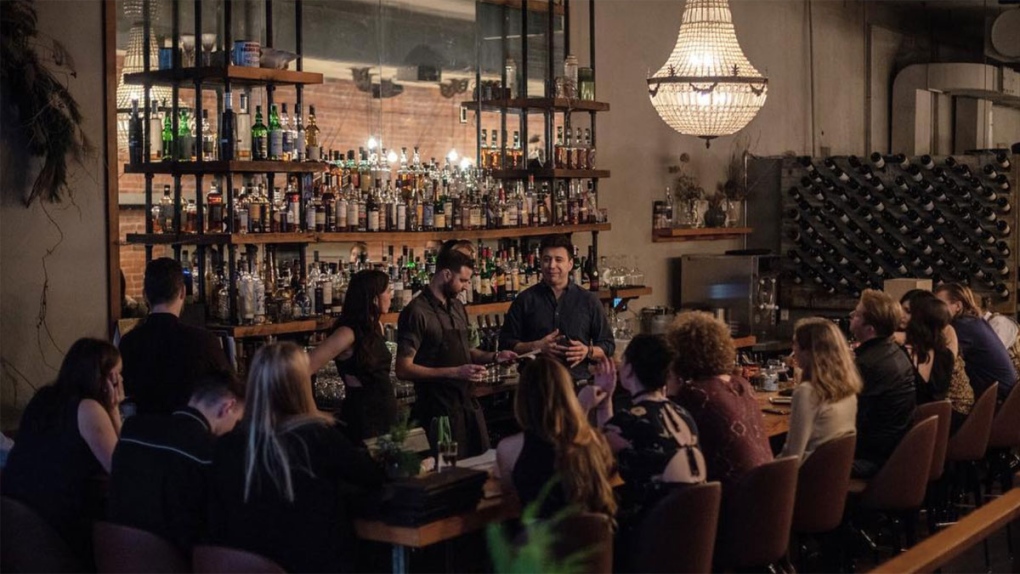 The interior of Vancouver's Wildebeest is seen in an image from Instagram. (@wildebeestyvr)

What's your favourite restaurant for a big night out?

It's a question online restaurant reservations website OpenTable sought to answer through reviews submitted by diners.

The site came up with a list of 100 hot spots, with the criteria being, simply, "great dining and a fun night."

The list, posted alphabetically, not by ranking, features popular eateries in more than 25 cities across Canada.

Half are in Ontario, and about four in 10 are located in Toronto. B.C. came in third for most restaurants on the list, after Alberta, with a dozen restaurants making the cut.

Most of the B.C. entries are in Metro Vancouver, with 11 located in the city itself:

El Santo in New Westminster was also in the top 100.

While the majority of restaurants featured are located in major Canadian cities, a few spots outside of metropolitan areas made the list. The Drake Devonshire Inn is located in Wellington, Ont. a village on the shores of Lake Ontario.

The Flame and Smith, located in the nearby village of Bloomfield, was also voted among the best.

Also featured were two restaurants in the Ontario town of Niagara-on-the-Lake, Boefish's two locations in Quebec's Chicoutimi and Sherbrooke, as well as Pineridge Hollow in the Regional Municipality of Springfield, Man.

Restaurants ranged from tiny bistros to tourist attractions to chain restaurants like The Keg in Windsor, Ont.

Kelowna's Antico Pizza Napoletana came in third in the country.

Also last month, Vancouver's The Acorn was ranked by the same site as the best vegan-friendly restaurant in the world.

The Main Street spot topped the list of 50, and was the only Canadian restaurant on that list.