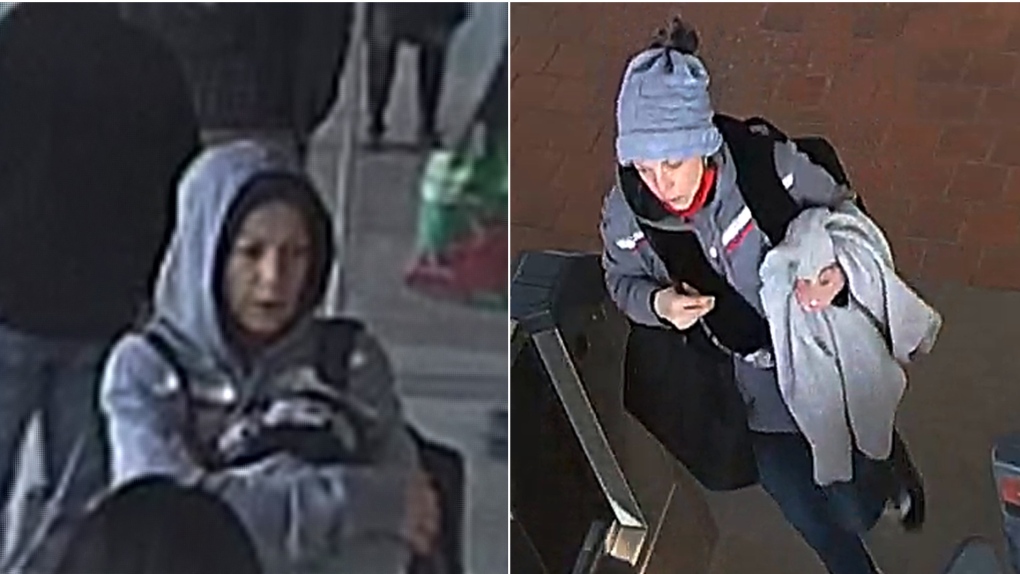 A suspect in a robbery in Burnaby, B.C., is shown in surveillance camera photos released by the RCMP.

VANCOUVER -- Do you recognize this woman?

Police in Burnaby are asking for the public's help to identify a woman they believe was involved in a bank robbery earlier this year.

Officers with the Burnaby RCMP detachment released two images of a woman Tuesday, saying she's wanted in their investigation into a robbery on Feb. 11.

While investigators provided few details Tuesday, a previous news release described what appeared to be the same incident.

Officers said at the time that they'd been called to the Westminster Savings Credit Union shortly before 3:30 p.m.

"During this robbery, a woman threatened bank staff with a gun and demanded money. The woman then fled the bank before police arrival," Mounties said on Feb. 11.

Police released the photos months after the incident saying they're still investigating.

They've asked anyone who knows who the woman is or has more information that may help to identify her to contact the RCMP.

She's been described as white and about 5'3" with a medium build. Police believe the suspect is in her 40s, although she was previously described as being between the ages of 30 and 40.

At the time the images were captured, she was wearing a grey toque, sunglasses on top of her toque, a grey long-sleeve sweater, grey scarf and blue jeans.

In an earlier news release, Mounties said she had "medium to dark brown hair," though her hair is not visible in the photos released Tuesday.

Police were called to two bank robberies that day in February, the first of which was in the morning.

Mounties said they'd been called to the Vancity location at Market Crossing after a man produced what appeared to be a handgun.

Cpl. Mike Kalanj told CTV News a suspect in the earlier robbery was arrested and charged, but died before the court process finished.