On the North Shore, Environment Canada meteorologist Matt MacDonald posted on Twitter that there was light, wet snow in North Vancouver.

"Too mild to accumulate though," he wrote at 7 a.m.

Twenty minutes later, he said the intensity had picked up and about two centimetres had fallen.

Update: 7:20am Intensity has picked up and we’ve picked up a quick 2cms #BCstorm pic.twitter.com/gjeeETksOi

And on Facebook, a CTV News Vancouver reader told us there was a small amount in the town of View Royal. Another posted on Twitter that the snow had started in Duncan.

A woman in Chilliwack said snow was visible on the mountains, and a Facebook user posted that there was slush in North Delta.

Wet flurries were a possibility in Abbotsford, Environment Canada's forecast said, though the sky is expected to clear by the afternoon.

But elsewhere, others reported rain or no precipitation at all. It was dry in the city of Vancouver at 8 a.m., though the forecast called for a 40 per cent chance of showers.

Those clear skies could last through the weekend if the current forecast is correct, as the region trades damp, wet weather for several days of cold and sun. 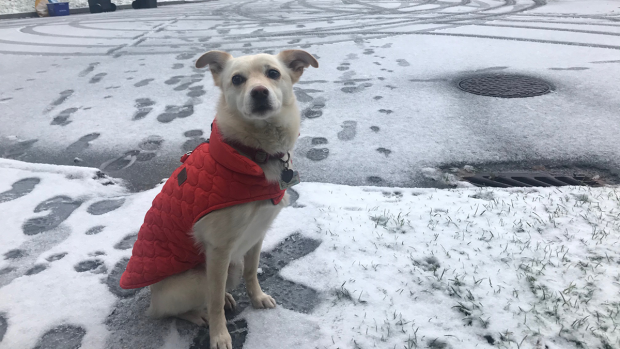 There were 22 cold weather advisories in effect across B.C. as of Tuesday morning, including in Metro Van.

Locally, the advisory applies to the city itself, as well as Burnaby, New Westminster, the North Shore, Coquitlam, Maple Ridge, Surrey, Langley, Richmond, Delta and nearby communities. 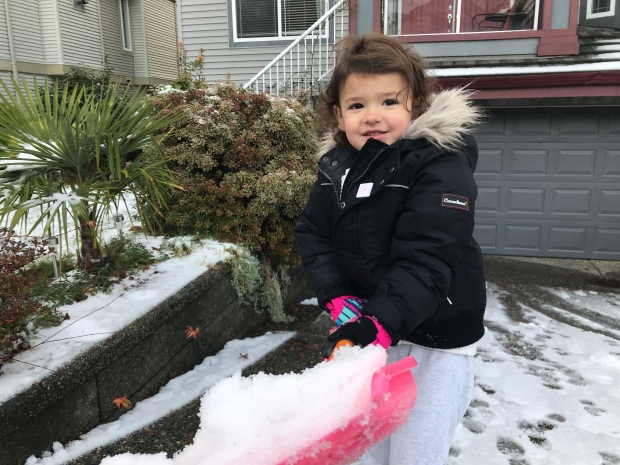 Environment Canada warned in a special weather statement issued Monday and renewed the next day that an Arctic air mass heading to the coast will cause cool temperatures starting Wednesday night.

The thermometers in most areas will dip below freezing overnight for the next several nights.

Wind chill values between -5 C and -10 C are possible during that time.

The weather agency expects a low of 0 C overnight Wednesday, dipping to -3 Thursday night, and -4 Friday night. There's a chance of flurries Sunday night and a low of -2. However, with the wind, it may feel much cooler.

The City of Vancouver issued an Extreme Cold Weather Alert, as it does on colder nights, a measure that enables it to open extra shelter spaces to help the region's homeless population come in from the cold.

"It's not an exaggeration to say that the cold weather can be a life and death emergency for people who are on the street and have nowhere else to go," Union Gospel Mission's Jeremy Hunka told CTV News Monday.

"This type of cold snap hits people hard and they aren't ready for it and it could have really devastating consequences we have seen people die in the cold in Metro Vancouver before." 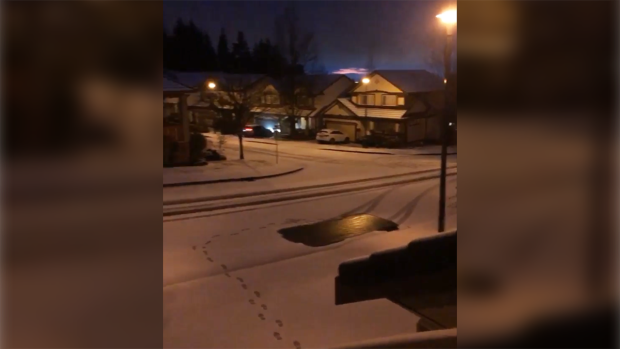 Similar statements are in effect across much of B.C.  The following regions are also expected to see wind chills of between -5 and -10.

Even colder winds are expected in these areas, where the temperature could feel more like -15 to -25:

While Metro Vancouver saw very little snow, those in the Chilcotin region were advised to expect much more. Up to 20 centimetres could fall as the Arctic front meets with an unstable air mass, Environment Canada said in a snowfall warning Tuesday afternoon.

The snow will be heavy at times, the agency warned, tapering to flurries overnight. Accumulation will range between 10 and 20 centimetres, the forecast said. Areas near the Coastal Mountains will be the hardest hit.

There were also three wind warnings in effect Tuesday afternoon for Greater Victoria, the Southern Gulf Islands and Howe Sound.

All three areas can expect strong winds that could cause damage, the warning issued at 11 a.m. said.

"Strong northeasterly outflow winds up to 70 km/h gusting to 90 will develop this evening for the Southern Gulf Islands and overnight for Howe Sound and Greater Victoria," the warning said.

The wind is expected to die down by Wednesday night, but damage to roofs and windows is possible, and loose objects may be tossed causing injury or further damage. 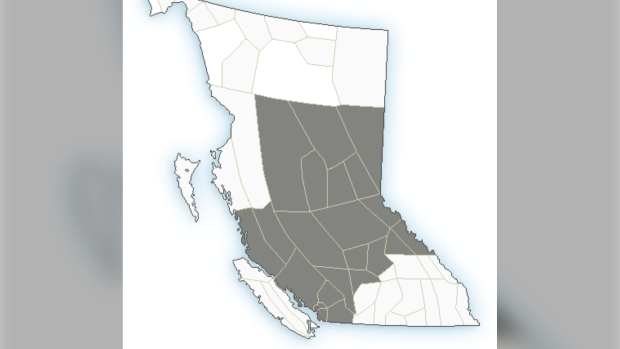 To get Environment Canada weather warnings and alerts sent straight to your phone, download CTV News Vancouver's free Weather Watch app. Check out this page for more information, including how to download. Send photos through the app and we might use them on air and on Instagram.