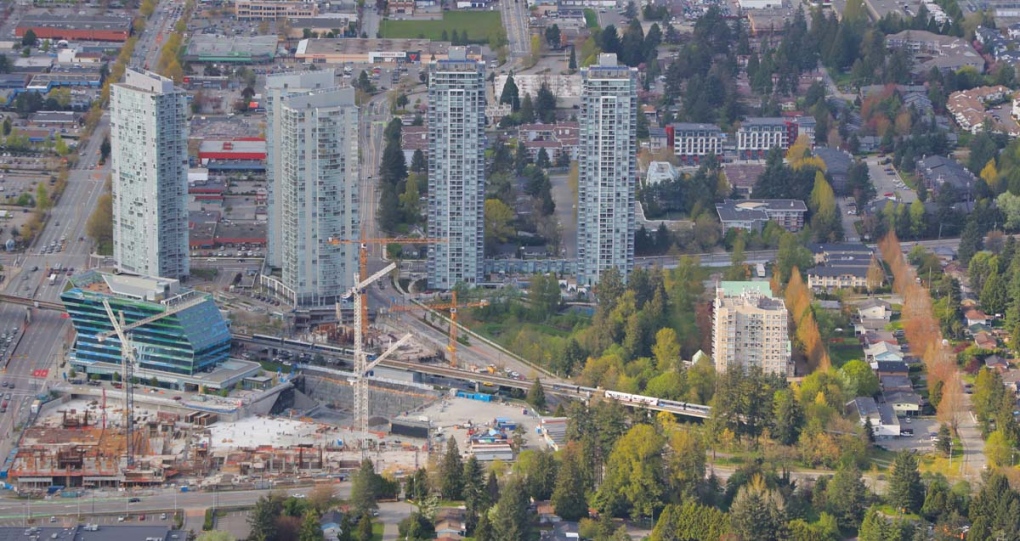 VANCOUVER -- B.C.'s minister of transportation and infrastructure says expanding SkyTrain from Surrey into Langley remains a key priority for his government. But the timing of the project remains unclear.

The planned 16-kilometre route would run from King George Station along Fraser Highway to 203 Street in Langley.

Speaking at a digital town hall meeting with the Surrey Board of Trade, Minister of Transportation Rob Fleming said the expansion would mark the first major rail-based transit project south of the Fraser in about three decades.

“We have determined a pretty healthy high level of interest from the federal government in what this project represents in terms of being able to shift people around, to relieve some of congestion problems," Fleming said.

Fleming was asked directly if his government would make a financial commitment to the project in the next provincial budget.

“What I would say is that we’ll continue to acknowledge and work with TransLink knowing that they have skin in the game and a previous commitment, at least, to the first phase of it,” he responded in part.

Surrey Board of Trade CEO Anita Huberman told CTV News she was disappointed with his response.

“I’m disappointed that there is not a much more proactive approach to investing in SkyTrain from Surrey to Langley and he wasn’t committed to it in at least terms of an announcement in the forthcoming B.C. budget,” Huberman said.