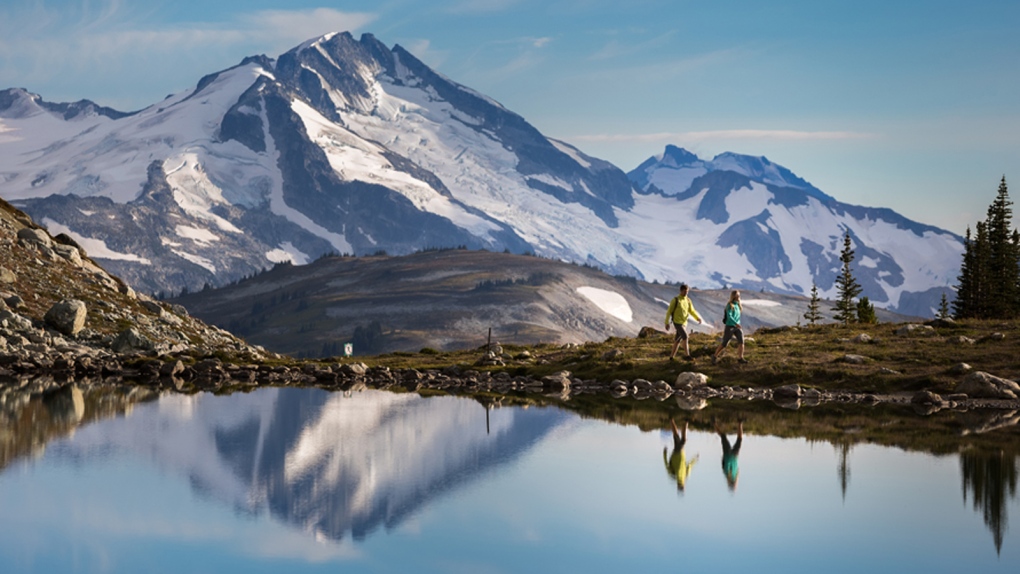 A high-speed train from Chilliwack to Whistler, B.C. (seen here in this file photo) is gaining momentum with transport researchers.

VANCOUVER -- Inspired by a proposed express rail line from Chilliwack to Whistler, a group of University of B.C. students decided not to wait for the province to get up to speed and do a feasibility study — instead, they did one themselves.

Their paper, in a third year Geography class, underscored the benefits of a rail line through the Lower Mainland that could go as much as 80 per cent faster than highway traffic, and even found a potential ‘shortcut’ to Whistler that could shave more minutes off such a journey.

“We thought it would be challenging, but we thought this map would spur people’s imagination of what could be done,” said one of the authors, Sean Roufosse.

The group looked at rail options using existing infrastructure through the Fraser Valley and Metro Vancouver. To get to Whistler, they looked at three route options: following the Sea to Sky Highway, up the Capilano watershed, and up Indian Arm.

The idea was to add to the Mountain Valley Express concept, released last year by a group of academics and urban planners, which proposed a rail line that could connect Whistler and Chilliwack with a train that could hit speeds of 300 km/hr and take only 60 minutes end-to-end. By comparison, Metro Vancouver’s SkyTrain system travels at an average speed of 40 km/hr, and a top speed of about 80 km/hr.

The high-speed line, which is being called the “MVX” line, could take just 31 minutes to get from Waterfront Station to the slopes at Whistler, according to the official proposal. It’s a short ride compared to the 1.5 hour drive by car (if traffic is light).

Other existing high-speed rail routes, such as Florida’s Brightline, are already making sustainable, efficient travel possible, said Alex Gaio, one of the Canadian urban planners now based in Dublin.

“If we as a region want to remain globally competitive, we’ve got to start talking about this or we’ll be leapfrogged and left in the dust,” Gaio said in an interview.

But the $7-$16 billion price tag could be an underestimation — and there are many other transit projects, such as the Millennium Line Skytrain extension and the Skytrain to Langley, that have to be done first, said Craig Cameron, a West Vancouver city councillor.

“If money is no object, there are plenty of advantages to this,” Cameron said. “But it’s not quite as easy as presented. The costs of such a project would probably be far in excess of what’s being proposed.”

The provincial government said it is a partner in the Ultra High Speed Ground Transportation study, which looks at the potential to use high speed rail through the Cascadia region of B.C., Washington State, and Oregon.

The students’ paper also considered how a Lower Mainland high-speed rail system could link up with rail to other Canadian cities, which would not just get people out of their cars for daily trips but could also give people realistic options apart from air travel, which produces so much emissions that a single trip can be equivalent to using a car for a year.

But the point of their project is to do a first step in looking at the practical realities of such an audacious vision, Roufosse said.

“There are a lot of unknowns, and we want people to look deeper,” he said.