Senior dies in Vancouver's 1st pedestrian fatality of the year 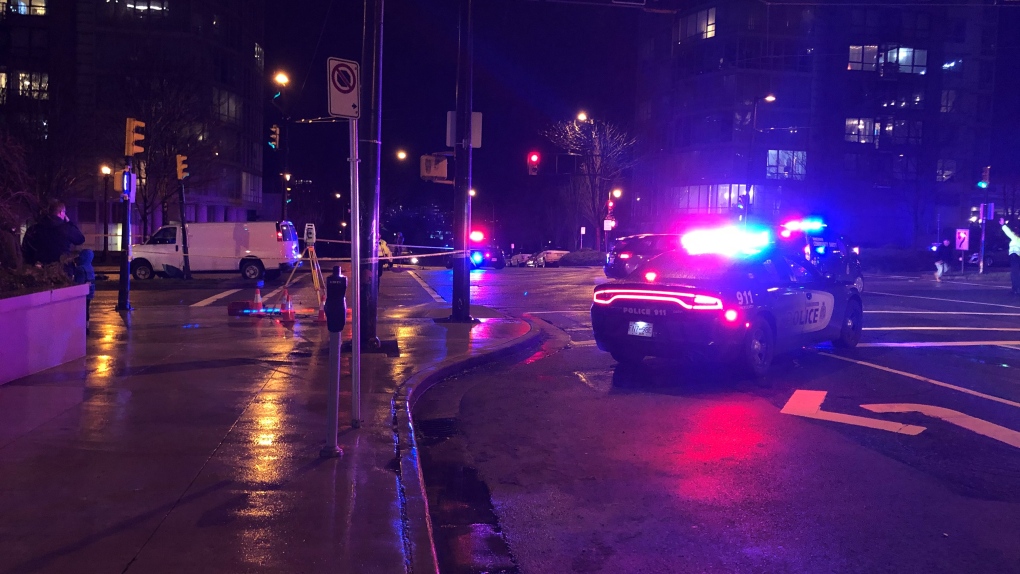 Two people were taken to hospital after being hit by a vehicle near the intersection of Richards and Pacific streets Sunday evening. (Allison Hurst/CTV)

VANCOUVER -- A woman in her 70s has died after she and her husband were both hit by a delivery van in Vancouver on Sunday.

The couple was in a marked crosswalk at Pacific and Richards streets at about 5:30 p.m. when they were hit. The driver was making a left turn onto Pacific Street at the time.

The 37-year-old driver, a man from Surrey, stayed at the scene and is cooperating with police.

The man and woman, both in their 70s, were taken to hospital in serious condition. The woman later died from her injuries.

The Vancouver Police Department's collision investigation unit is gathering evidence and speaking with witnesses. Anyone with information or dashcam footage is asked to contact VPD at 604-717-3012.