‘Santa Hank’ bringing hope to people in need, one can at a time 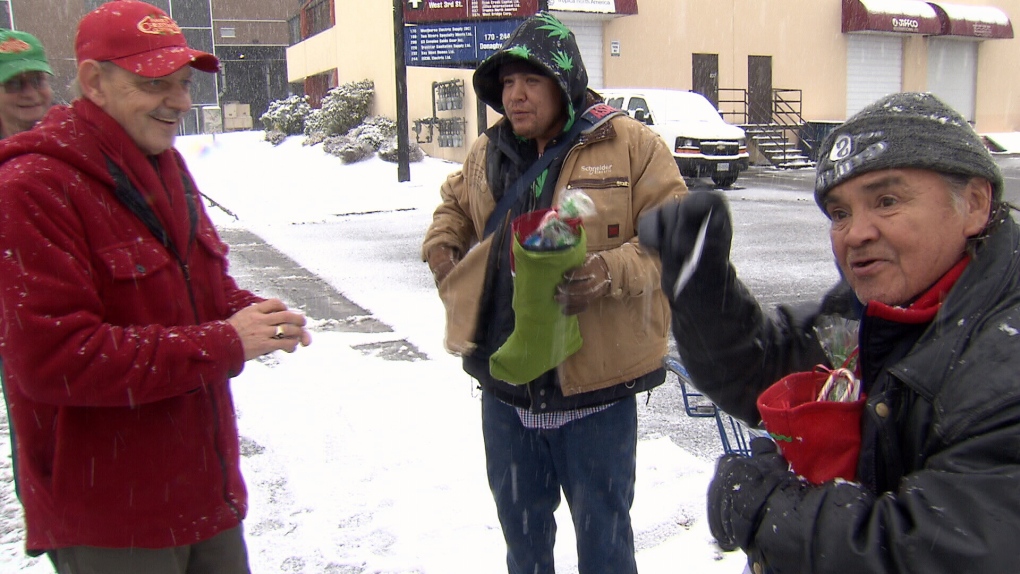 Bags filled with recyclables like these are piled high to the ceiling inside North Vancouver resident Hank Brennan’s shed - a very special place with a special person in charge.

Brennan spends more than 20 hours a week gathering and sorting cans and bottles to recycle, donating all of the money to those living in poverty.

“This is the North Pole bottle depot,” said Brennan, who calls his initiative Hank’s Christmas Glitter.“They all know me as Hank, but there a few out there who insist on Santa Hank.”

The donations come from throughout the businesses and locals in the community, and all the change adds up: around $1,500 to $2,000 is raised each month.

“With the money I convert that into gift cards from the local coffee shops and food chain stores, and pass them out to the homeless and needy families,” said Brennan.

This Sunday, Brennan handed out Christmas stockings and gifts cards to people living on the street, but the initiative is hardly a seasonal event. He does this work all year long – and this is his ninth year on the job.

“That card to them is like handing them a little pot of gold. It's not a lot of money but it's going to put something in their stomach,” he said.

But it’s not always an easy job. The stories of some of those he helps are too painful to talk about, Brennan says when asked, beginning to cry.

Back on the streets, there’s a lot of gratitude from those in need.

“It’s very charitable, he’s a good man for what he does,” said one man. “God bless him.”

As for Brennan, he’s just happy for the opportunity to give back to those who need it the most.

“Basically all they’re living on is hope to get to the next day,” he said.

“I get a lot out of this… It’s pretty simple: helping people just makes me feel good. I don’t need anything more than that.”