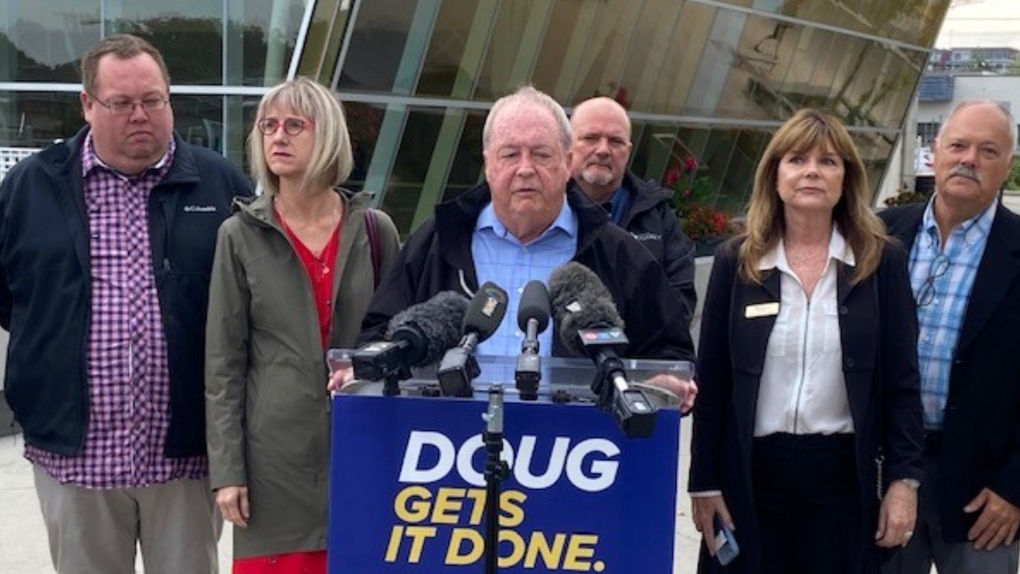 Doug McCallum has made another big promise if re-elected as the mayor of Surrey.

McCallum says he and his Safe Surrey Coalition plan to build a new swimming pool in North Surrey, at the Chuck Bailey Recreation Centre. He says a survey of residents determined this was a priority.

“It far outweighed any other infrastructure that the people wanted to do, so we looked at our budget for next year and we have decided we are going to build an indoor, full pool,” McCallum said.

He estimates the cost would be $40-50 million, and said the funding would come from the capital budget.

McCallum earlier promised to build a 60,000-seat stadium in Surrey if re-elected, and also that he would push for SkyTrain to be extended to Newton.

There was talk of impeachment Monday at the Trump Organization's criminal tax fraud trial -- not former President Donald Trump's, which happened twice -- but whether lawyers for his company were angling to impeach their own witness, longtime Trump accountant Donald Bender.

The Pakistani Taliban on Monday ended a months-long cease-fire with the government in Islamabad, ordering its fighters to resume attacks across the country, where scores of deadly attacks have been blamed on the insurgent group.

Notable moments, political statements made in Week 1 of the World Cup

As much as the action on the pitch has captivated fans across the globe, the 2022 World Cup in Qatar has also made important headlines for incidents off the pitch.